National Baseball Card Day Left Me With Some Decisions to Make

On Saturday, I took my oldest son to the card shop for some free cards.  We each got a pack of Topps National Baseball Card Day promos.  The two cellophane packs had Miguel Cabrera and Christian Yelich on top.  I offered them to my son and let him choose.  As I expected, he chose Miggy.  As a Cubs fan, I'm not a big Yelich guy, but I don't think I could have hand-selected a better pack than the one I got. 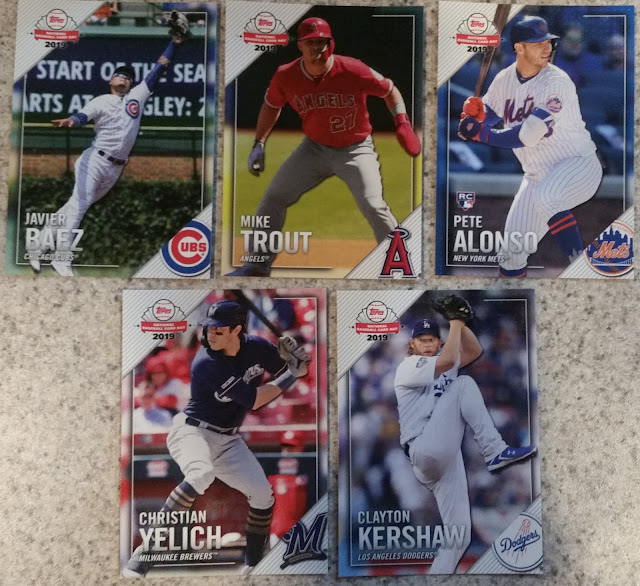 El Mago and King Fish are probably the two I cards I would have wanted most in the set.  Pete Alonso had a good chance of winning Rookie of the Year and becoming a PC player.  The reigning (and potential repeat) NL MVP and the Best Lefty Ever? are a strong supporting cast.

The LCS we visited was having a warehouse sale with a ton of (mostly) junk they were trying to get rid of.  There was even a bin of free stuff.  I thought about picking up some old Becketts for a buck apiece, but decided that I could find better ways to spend a very limited budget.  I did find some random oddballs in a bin marked "2/$5" that I thought would be worth the money.  They all left we with decisions to make about my collection, though. 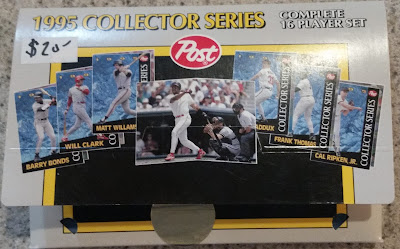 First up is this Post Cereal set.  The envelope contains the entire oddball set. 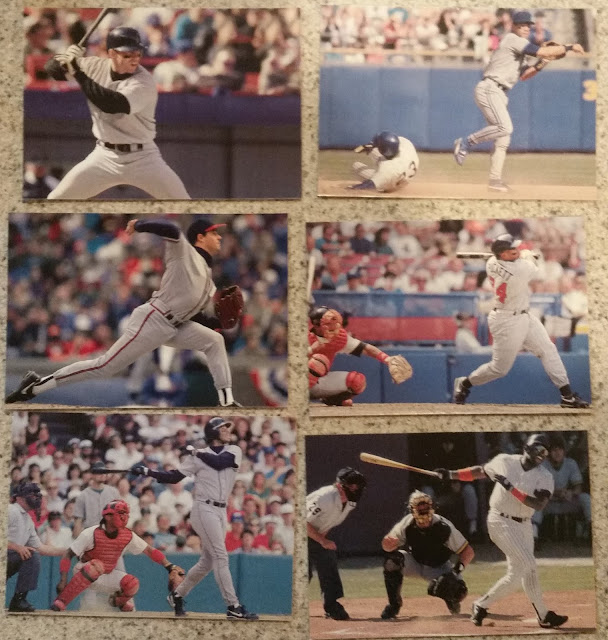 They're postcard-sized cards.  One side is full-bleed action shot (no logos, of course).  The checklist is pretty great, as you might expect from a set that used only 16 of the top players of the year.  A sextet of Hall of Famers is shown here. 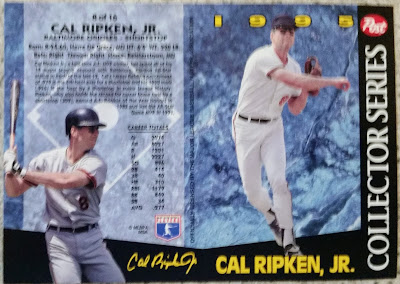 The other side looks more like a traditional card front and back.  There is a fold in the middle to make these cards into a little booklet.  So that leads me to the first decision: How should I store these?  I see three options.
What are you thoughts?  What would you do?  I want to have them in my binder, but I'm hesitant to fold them.

The second item that I picked up was a trio of hologram cards in a hard display case.  These are all guys I collect, including David Robinson, though I don't actively collect basketball.  So I figured to get these three cards for $2.50 was probably a reasonable purchase.  These are 1991 Arena Holograms and each card has a print run of 250,000.  That's all I know.  Does anybody know anything else, like where they came from?  I have a decision to make about these cards.  They have all been removed from their encasement, but now I have to decide whether I want to complete the set.  With these 3 cards, I'm 60% there--only Joe Montana and Frank Thomas remain.  Should I finish it and keep it with my sets, or should I just let these join my player collections individually? 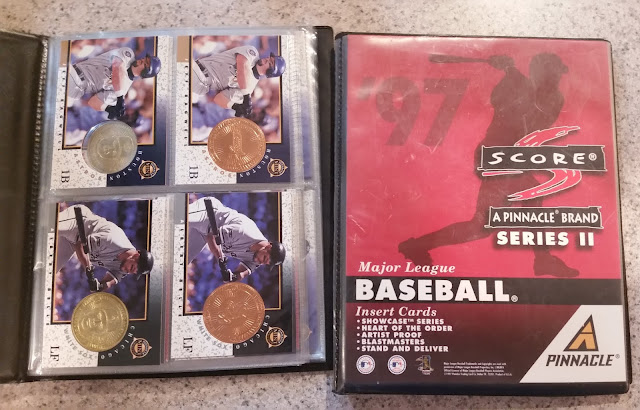 My last pickups were these two Score portfolio-type binders.  I glanced inside and saw that both contained 1998 Pinnacle Mint cards and coins.  I picked up both of them, thinking that I collected enough late-90s players to make the purchase worthwhile. 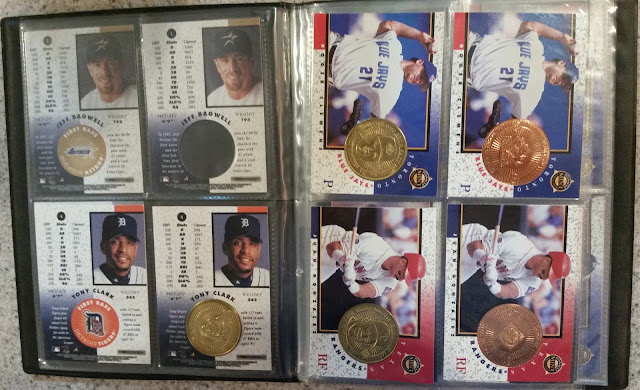 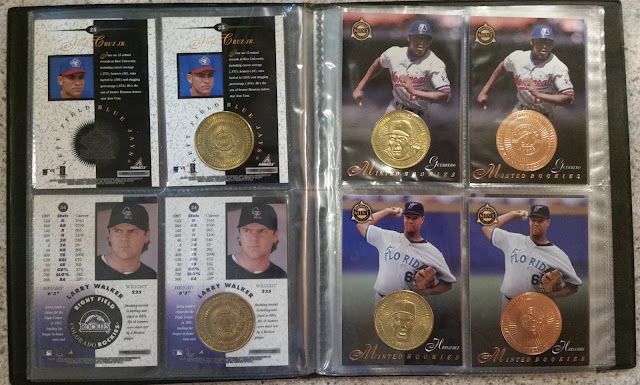 When I got the binders home and examined the contents more closely, I discovered a few things.  First, for each player included, there was a base card with the coin and a bronze parallel.  I also learned that this was nearly a complete set of cards, coins, and bronze parallels.  There are only 30 players in the entire set, and I have 22.  Now it's decision time.  Do I go ahead and complete the set(s), or do I keep what I want and use the rest as trade bait?  Normally, I would complete this set without hesitation, but the cost of the coins is a stumbling block for me.  I looked on COMC and found that each coin is $1-$8.  That's a steep price to complete a set that I just stumbled upon and never intended to chase.  And, of course, the missing cards are the big names: Bonds, Griffey, Jeter, Ripken, etc.  On the other hand, what a cool set and what an opportunity to have so much of this complete already!  What would you do?

So I didn't spend my money on Topps to get the extra Bryce Harper NBCD card, but I found some really interesting odds and ends.  But I'm left with some decisions to make about my new finds.
I really want to hear what you would do.  Leave me some advice in the comments!
Posted by Trevor P at 11:45 AM