I feel that there are too many sets on my wantlist that have been sitting there for years while I slowly chip away at them. This year I noticed that a lot of those sets are well within striking distance this year, so I've tried to swing some trades for set needs while focusing my recent Sportlots purchase on sets as well. We'll see how many sets I can kill before the year is out.

For the past few years, I have written a post that summarizes my set completion quests for the year. I still plan to do that for 2020, but I also decided to give a progress report for sets that I'm actively acquiring cards for along the way. I thought this might be more interesting than writing one giant post that tries to tie all the different cards from a trade or a purchase together.


Today's set is one that has been surprisingly more difficult to put together than I expected at the beginning. It's a "low-end" base set, so I thought I would be able to pick it up with just a box or two. Unfortunately the collation gods weren't with me, and I have needed significantly more than my initial purchases to whittle down this set. Let's see where I stand in my 2019 Topps Big League set build. 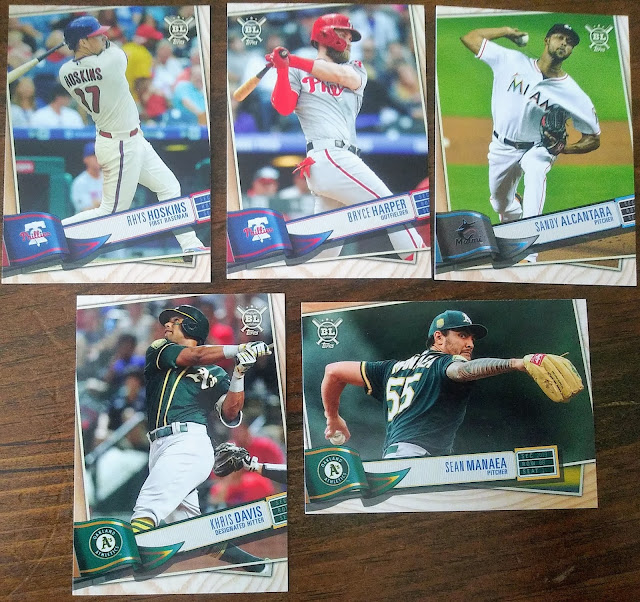 Why I'm collecting this set: When 2018 Big League was released, I really liked the concept because it was budget-friendly and different from Flagship. I wasn't a huge fan of the design, though, so I decided not to build it. When I first saw 2019, I really liked the design. (I like it a little less now that I've seen pages of it all together in a binder.) I still liked the idea of Big League, so I decided to put the set together.

How long has it been on my wantlist (roughly)?: If I'm remembering correctly, I think I picked up a couple of boxes for myself for my birthday last year. Since it is now my birthday month again, I'm going to estimate I've been working on it for about a year.


Prognosis: My most recent Sportlots order kicked about 35 cards off my wantlist for this set. With just two remaining, I think I can polish it off this year. Does anybody have my two missing cards for a trade?