I Have the Traveling Reggie

Back in July of last year, a TCDB member decided to start a fun challenge that involves a 1983 Donruss Action All-Stars Reggie Jackson visiting every state in the US. The challenge was to include it as part of a trade package, not just send it along to somebody else. It has been slow going for Reggie since then, but he has done a bit of traveling.

Last week, I received a message from TCDB user cl_kyle asking if I'd be interested in a trade--and in taking the Traveling Reggie in. I was all over it.

We put together a trade, each sending roughly 20 cards, and Utah became the next stop on Reggie's tour. 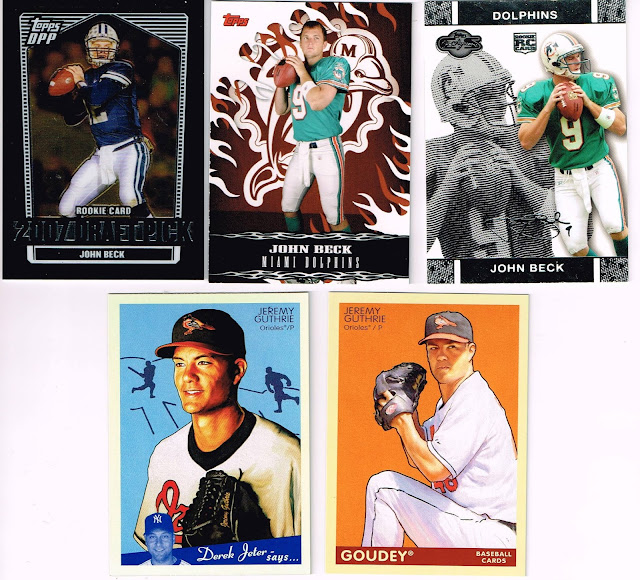 Some of the cards I received included some BYU alumni, like John Beck and Jeremy Guthrie 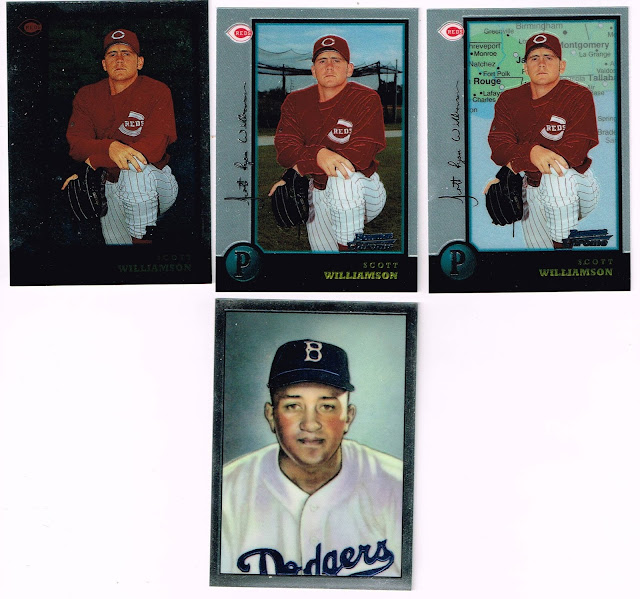 For those among you who are eagle-eyed experts, besides the obvious chrome, what else is a dead giveaway that this is not a 1950 Bowman, from seeing this scan alone? 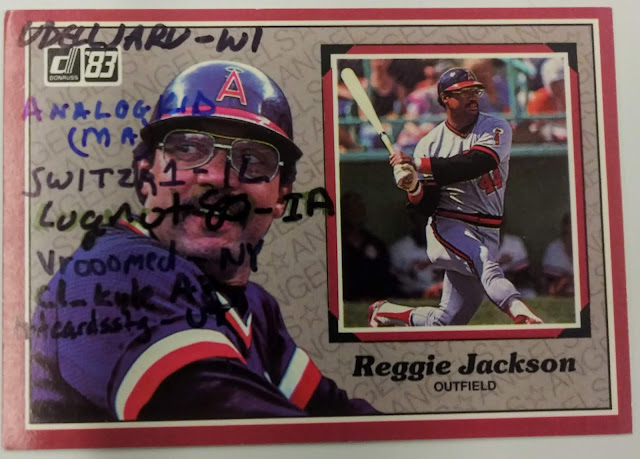 And here is Reggie! As you can see, this is the seventh state he has visited.

I didn't know before I received this trade that the Traveling Reggie was an oversized card. In fact, this trade brought several different sizes to me, which made it pretty unique, I think. 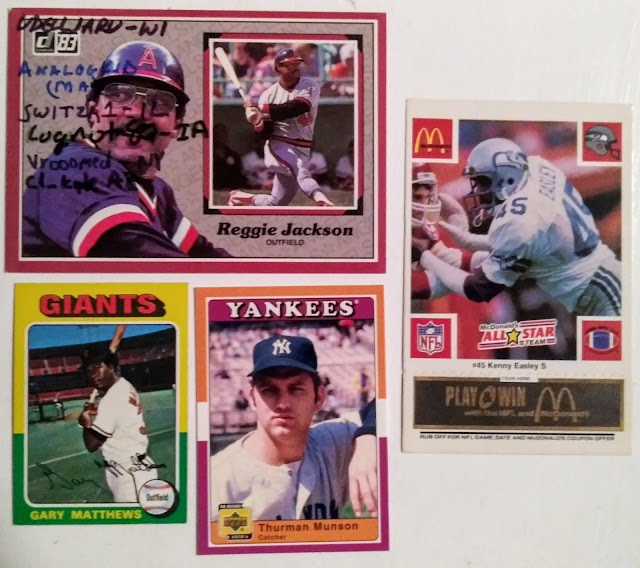 We have Reggie, and you can see his size here above a 1975 Mini, a standard-sized 2001 Upper Deck Decade, and a 1986 McDonald's Kenny Easley with the original tab. I don't think I've ever received four different sizes of cards at one time.

While Reggie was visiting, I wanted to take him somewhere fun. All of my favorite touristy places in the state are in southern Utah, however, and I don't have any plans to head that way until April. I was thinking about posting a poll in the sidebar and having readers vote on where I should take him, but I don't want to keep him longer than necessary. So I just decided to let him enjoy the view from where he is. Welcome to my neighborhood, Reggie! I hope you enjoy your brief stay in Utah. Now I just need to find the next state to send him on to.
Posted by Trevor P at 6:37 AM