Round about the age of 16, I stopped collecting.  As strange as it may seem, I determined my hard-earned money was best spent on gas and girls.  And a new collection: CDs.  Now I'm not all that old, but I'm well-aware just how well my preferred musical medium dates me.  Not to mention my tastes. 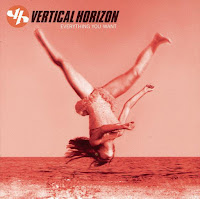 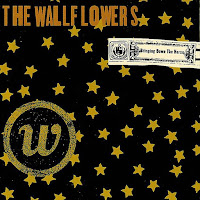 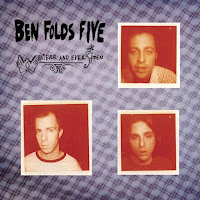 These guys are all still around, right?

Anyway, 1996 was my last big collecting year.  Through high school, I bought one box a year, just for the heck of it, but I was no longer big into the hobby.  After I got married and moved away, my entire collection ended up in my mother's storage unit.  It wasn't until my mom decided to get rid of her storage unit that I rediscovered my old cards.  Fifteen years and two kids later, I didn't really think much of the collection.  I decided to sell.  I did want to keep some, however, for the sake of my two boys.  I had to choose which cards to save before I sold the rest of my collection.

Of the thousands of cards to choose from, I settled on a category of players I thought fitting to pass on to my kids: All-Decade Teams.  There was plenty of reasoning behind the choice.  It mostly has to do with my childhood, as do most things I'm trying to pass on to my kids.  In 1994, the NFL celebrated 75 seasons, and part of that celebration included a large, coffee table style book. 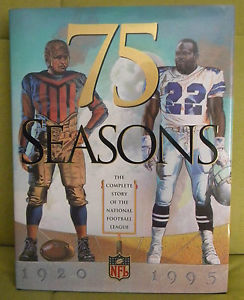 I had that book, and I probably came pretty close to memorizing it.  At the end of each decade, it had an illustration of all the guys who made up the All-Decade Team.  That was my favorite part.  I studied those pictures until I could recognize each and every face.  So when it came time to choose which pieces of cardboard featuring my childhood heroes to keep, I decided to keep a collection of two cards of each player from the decades of my childhood: the 1980s and 1990s.

Allow me to introduce you the NFL's All-Decade Team, as shown on some of the cards of my collection, starting with the 80s. 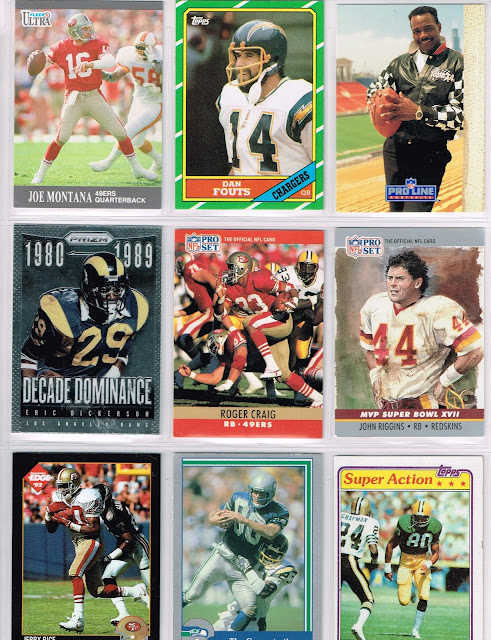 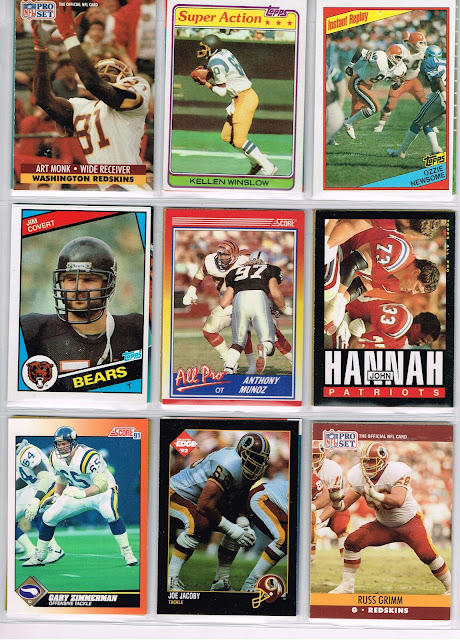 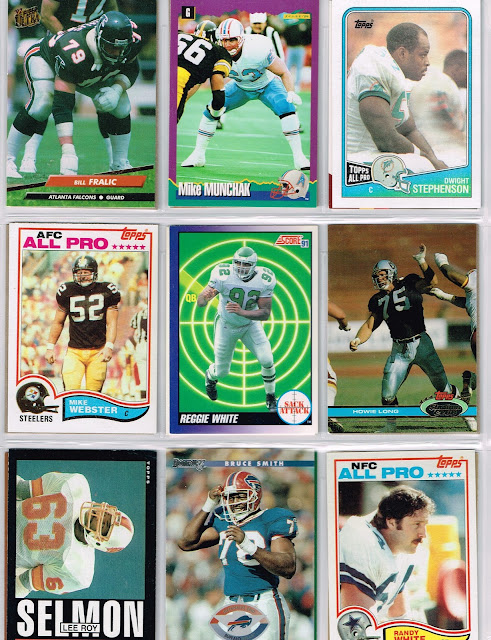 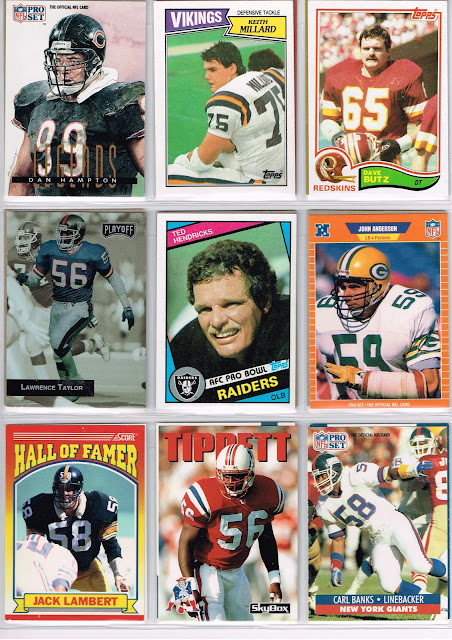 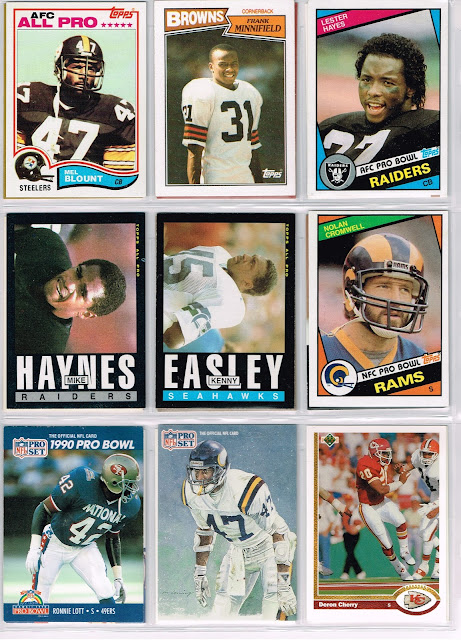 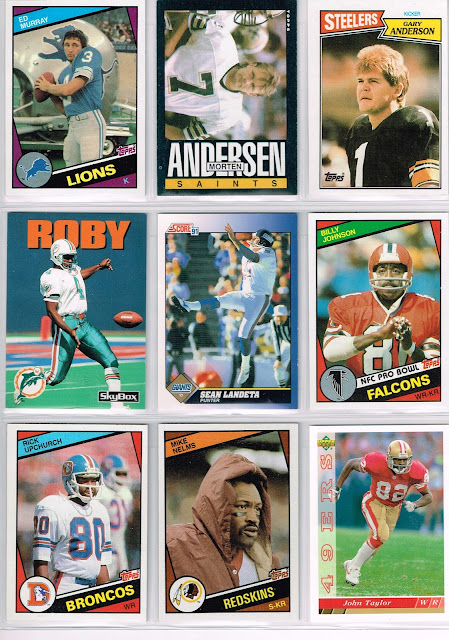 Since this team is selected by the Pro Football Hall of Fame selection committee, I'm not going to analyze the picks here.  Suffice it to say that I wonder where some people are (Hello, Tony Dorsett?)  I'll save my commentary for times that I am the one doing the choosing. 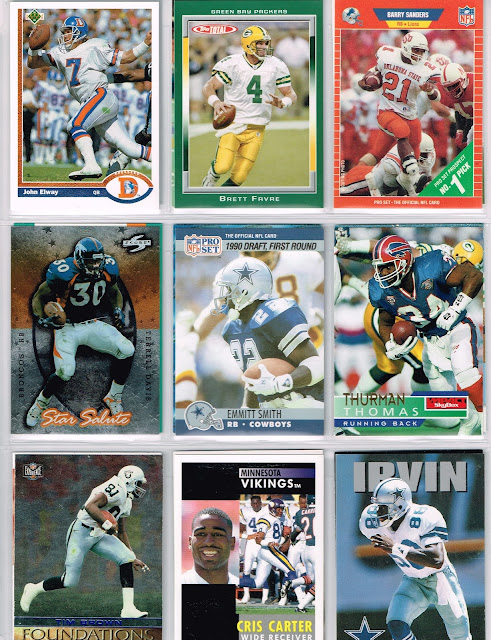 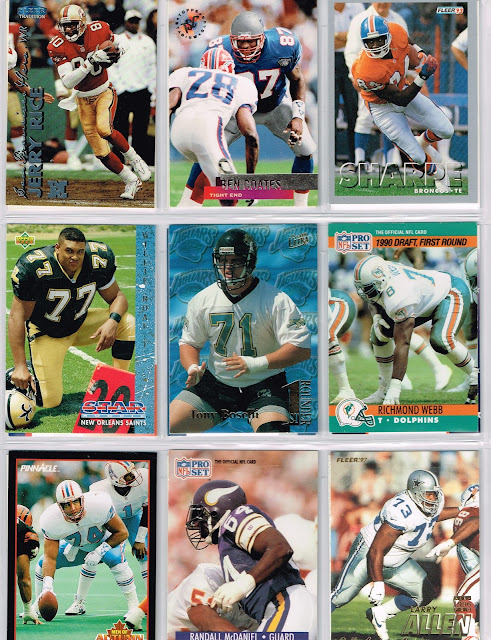 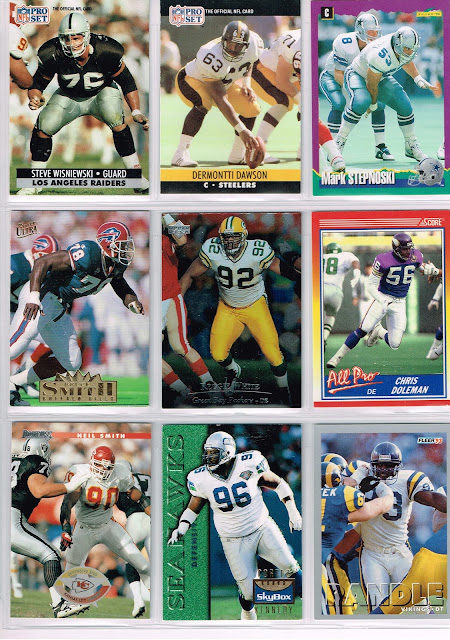 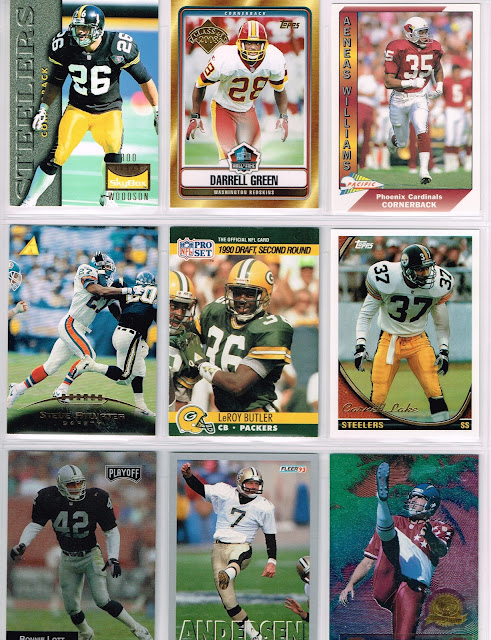 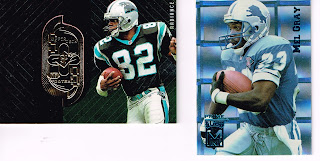 So there you have the cards I selected to keep for myself, as a token to my children of the guys I grew up idolizing.  The rest I was going to sell.

The only problem was that almost all of my cards were overproduced, mostly worthless 90s cards.  So I bought a few Dutch auctions off eBay to sweeten the pot for potential buyers.  And that was it.  I was receiving cards from the nearly 15 years I spent away from the hobby, and I was hooked again.  I stopped collecting before the days of memorabilia cards and autographs in every box.  Now I was getting my first, and it was awesome!  I started collecting again in 2012, inspired by old cardboard of some guys from my past, and I'm in again.  I do sell at local card shows, but any all-decade player I come across goes to my PC, not my seller's table.
Posted by Trevor P at 4:03 PM No comments:

Well, I never intended for a repack purchase to be my second post here, but it is what it is.  The other day I was at Target, having a gander at their wares, but what caught my eye most was the 10 pack Fairfield repack.  Ten packs for $8?  I'll guess I'll take that on impulse. 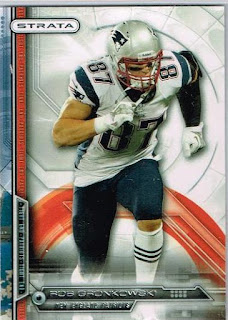 A base Gronk.  I'm not a huge Gronk fan, but I have grown fonder of him as time has passed.  This is the first pack I've ever cracked from 2014 Strata, but I have almost completed the 2013 set.  I think I prefer 2013's darker gray background with the team color portal design, but this is a pretty clean looking design, comparatively. 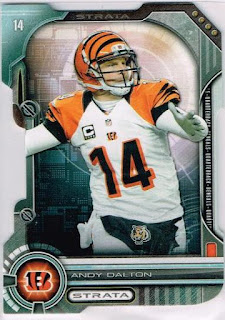 A Quarterback Die-Cut Andy Dalton.  I like this card.  I already had the Aaron Rodgers Quarterback Die-Cut from a trade last year, and I don't mind adding another.  The one thing that bothers me here is the right hand and the ball have been cut out of the picture. 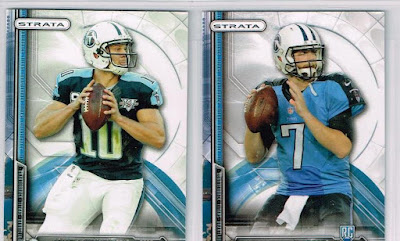 The selection of these two cards as the highlight of this pack speaks volumes.  There were really no better options than the duo of Jake Locker an Zach Mettenberger.  The reason I went with the two together is they were back-to-back in the pack.  Two straight failed quarterbacks of the future for Tennessee, stacked against each other in one pack.  The inversion of the jersey color is an interesting visual. 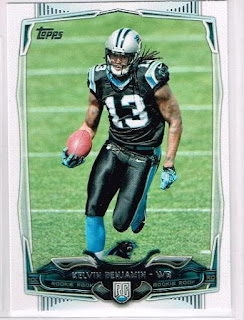 The Topps pack knocked two cards off my need list: #439 Jace Amaro and #409 Kelvin Benjamin.  I'm now 61 short of the set.  I'll post a need list for this set and a few others shortly. 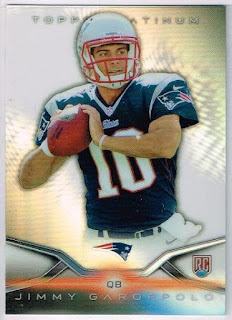 A Jimmy Garoppolo rookie from Topps Platinum rounds out the 2014 cards.  I like the sleek look of this card.  I don't know if all of the rookies had slightly different backgrounds from the vets, but this card has more a refractor shine and more white space than the other base in the pack.  Is he the heir to Tom Brady? 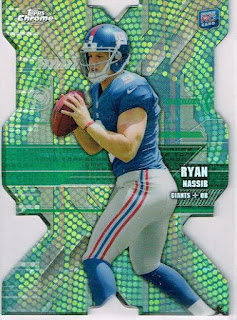 Another die-cut quarterback, this time it's Ryan Nassib of the Giants.  This was actually a tough decision.  I also pulled a Johnathan Franklin rookie, and I have a mild PC going of his rookies.  But this one edges it out because I don't often beat 1:24 odds in a repack box. 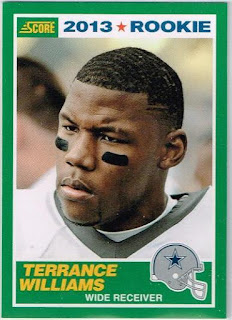 A Terrance Williams rookie.  I really like the throwback nod to the iconic '89 set, and Williams isn't too bad a player. 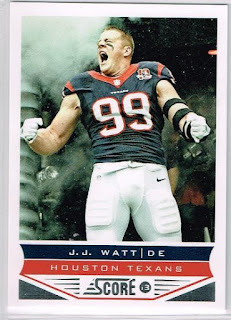 And now we get to the good stuff.  Two packs of 2013 Prestige gave me a couple of goodies. 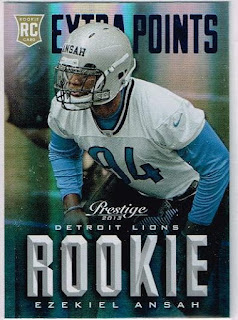 A Ziggy Ansah Extra Points parallel rookie.  I'm a huge BYU fan, and unfortunately, it's not that common for one of our guys to make it big in the NFL.  But Ziggy was taken in the Top 5 of the draft and is so far living up to the billing.  I'm happy to add one more to my collection.

And the big pull of the night came from... 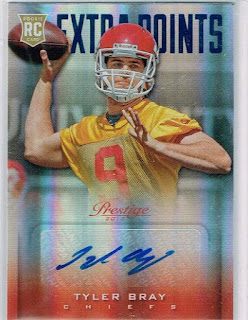 Extra Points Rookie Auto of Tyler Bray.  Yeah, I know.  The former undrafted quarterback from Tennessee isn't all that exciting, but come on.  How often do you score an actual autograph from a repack?  Normally I hope for some decent rookies and maybe something that will help me complete a set.  This was unexpected and exciting.  Not bad for 80 cents a pack, right?

What about all of you readers?  What has been your best, most surprising pull from a repack?
Posted by Trevor P at 7:28 PM No comments: