I've hardly purchased any cards since school started. I've pulled off a handful of TCDB trades, but I really haven't had many cards added to my collection for quite a while. So when I received a package this week, I was excited to be able to show it. 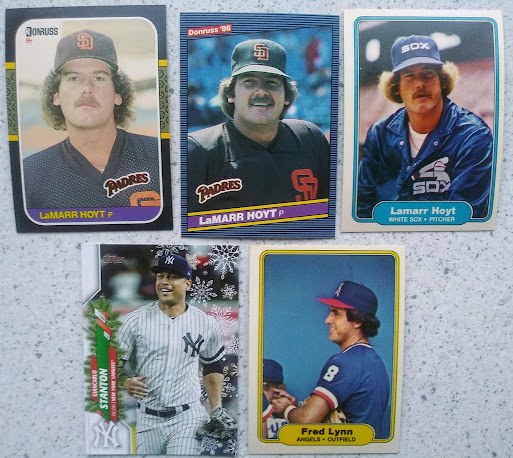 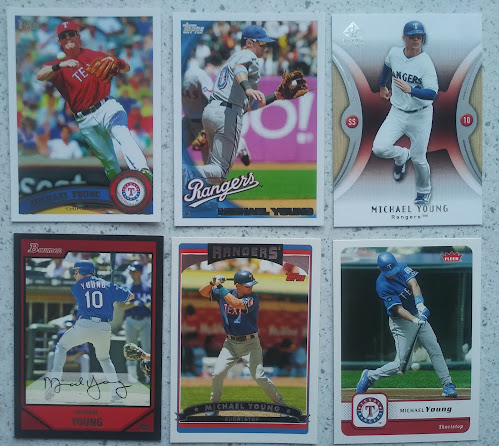 I'll get to the larger purpose of my purchase in a second. First, I sought out some All-Star MVPs that still had open slots on their pages in my binder. I like all of those Michael Young cards. I think since I was not even aware that baseball cards were even still being printed during my collecting hiatus, cards from the 00s always feel fresh to me. 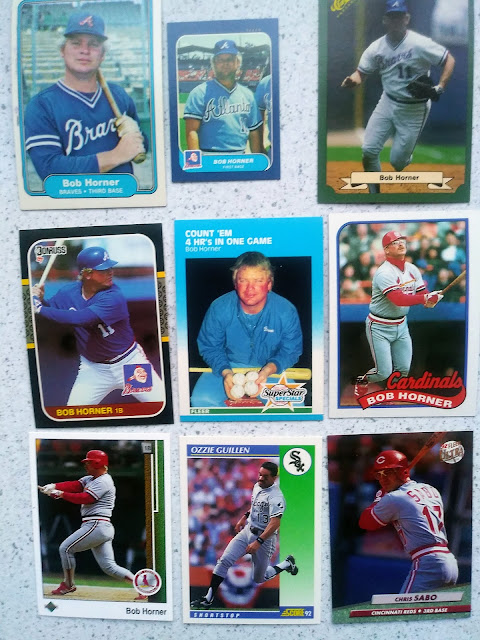 I don't know why I decided I needed so many Bob Horners for my Rookie of the Year collection. It turned out that I only needed one, but I apparently found the need to add many of them to my cart. That one in the middle has to be one of the most unflattering cards I've seen, even if they are celebrating a notable achievement.
But most of my purchase revolved around finding cards I wanted to add to my All-Star Project. Believe it or not, every player you are about to see in the next 8 scans was an All-Star at some point in his career. There were a lot of these cards that I liked, so I'll just share the scans and my favorite card in each one. The cards are all in alphabetical order, ready to go into my All-Star monster box. 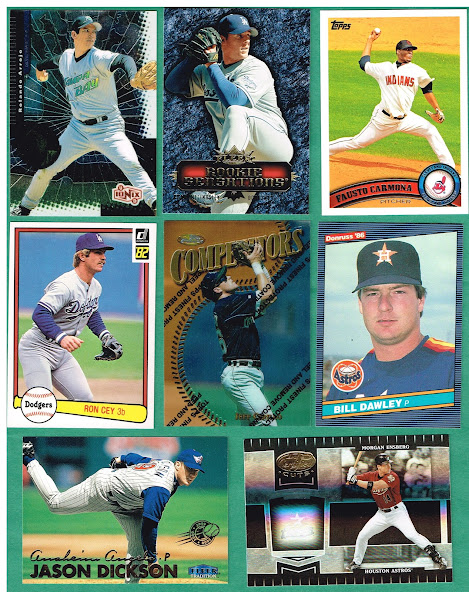 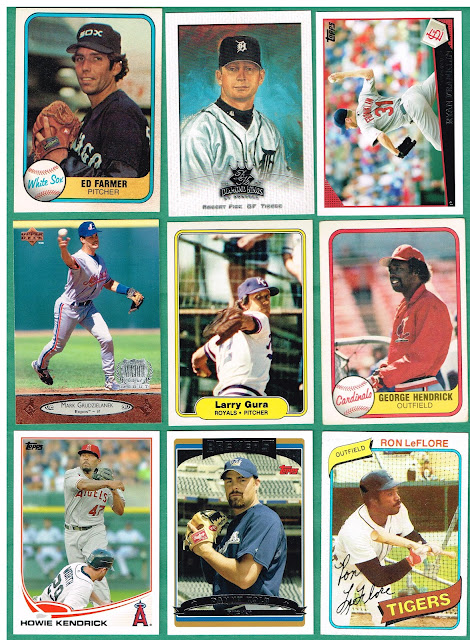 I like the double dip Kendrick. I like the bunting practice from LeFlore. But there is something about the Larry Gura that really appeals to me. It's my favorite of this bunch. 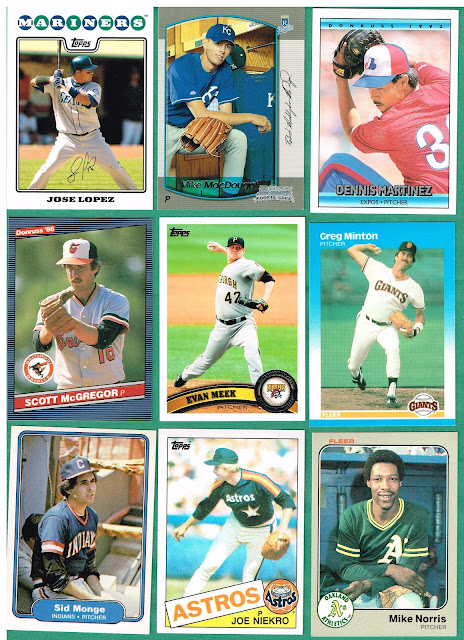 I think the card that stands out to me the most is Dennis Martinez. It's so close up that his body takes up most of the frame. The rest are a bit "blah." 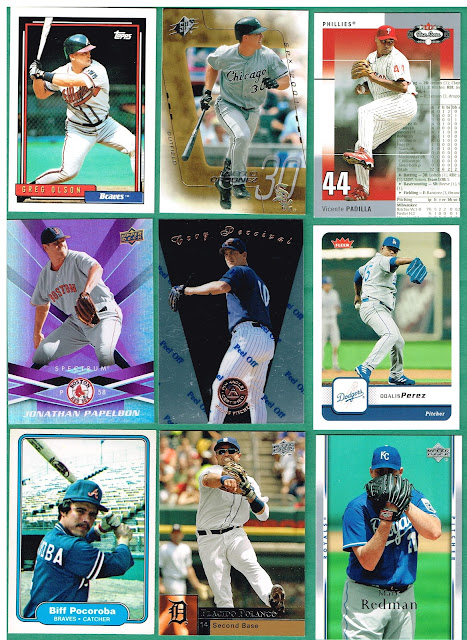 Magglio Ordonez on SPx is my favorite card in this scan. Biff Pocoroba is someone I've never heard of before. His sole All-Star appearance came in 1978. His full name is Biff Benedict Pocoroba, according to Baseball-Reference.com. He's one of a number of guys in this purchase that are completely unfamiliar to me. 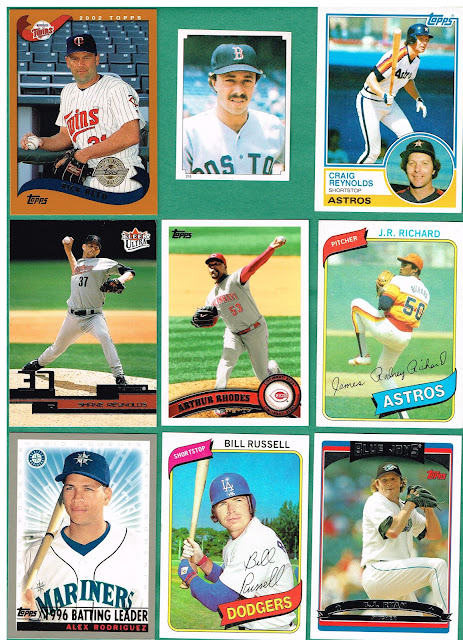 Best card here is J.R. Richards. Even without much frame of reference, you can tell this dude is 6'8 from this photo. 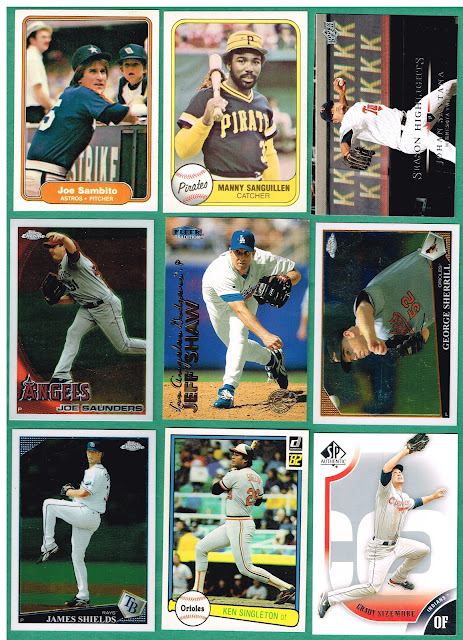 I really like the Manny Sanguillen with his glove on his bat--just like I did it on my bike when I was a kid. But the SP Authentic Grady Sizemore, pushing off the wall on the Geico ad takes the cake for me here. What a great card that is. 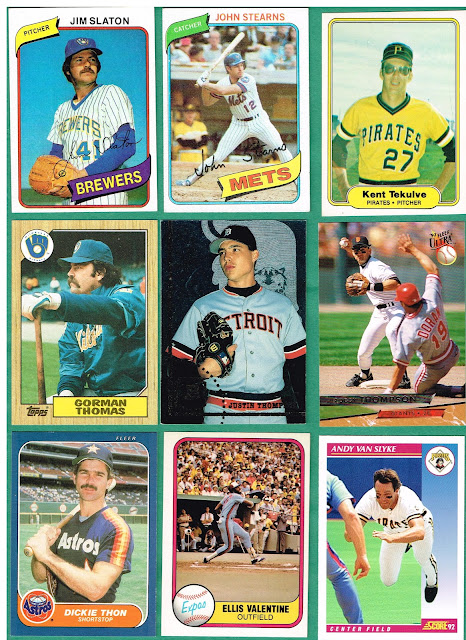 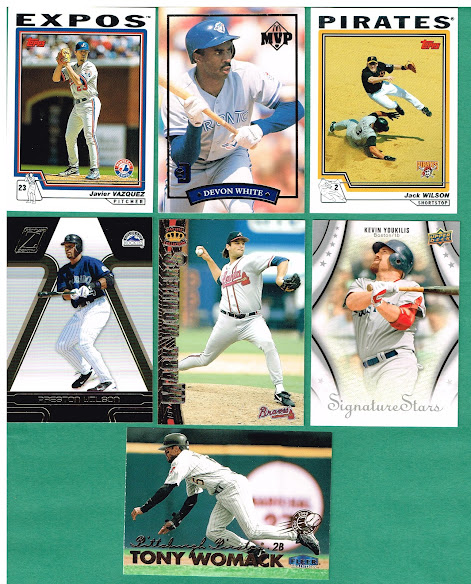 There are some really great cards here. I love Jack Wilson turning two on Tatooine. Tony Womack going in headfirst. The Kevin Youkilis Signature Stars card just comes together perfectly. But I can't crown any other card as the best in this scan--a bunting shot on a McDonald's MVP oddball reigns supreme.
How many of these All-Stars bring back memories to you? How many had you completely forgotten? How many have you never heard of? Or who surprises you that they were ever an All-Star at all? Let me know your thoughts down in the comments.
Posted by Trevor P at 10:55 AM 4 comments: