Without looking it up, can you name the AL and NL MVPs from 1991? I'll give you three seconds.

If you guessed--or remembered--Cal Ripken and Terry Pendleton, you are correct. I bring this up because I recently stumbled onto an all-holograph set from Upper Deck. 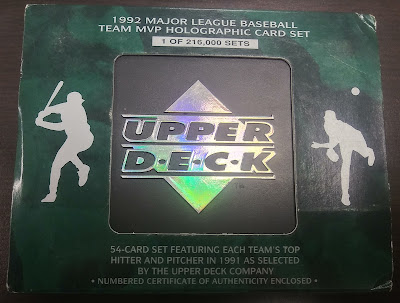 I didn't even know of this set's existence before I found it on eBay. As I've mentioned in a few of my most recent posts, I spent the summer with overproduced era sets, trying to complete one set per year since I started collecting. For 1992, I chose Fleer. Unpopular, I know, but I still don't regret that decision. But as I waded through my junk wax cards, I became really fond of 1992 Upper Deck and its fun, unique photos on both sides of the cards. I jumped onto eBay to explore the cost of a factory set and found 1992 Upper Deck Team MVP sets for sale. 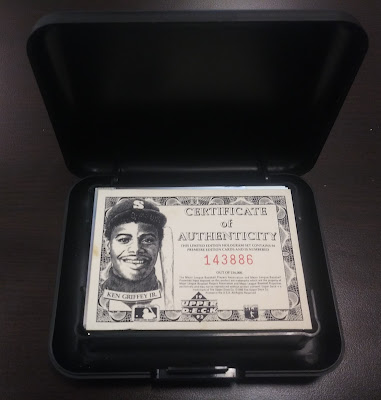 I still don't know how it was distributed, but I learned they were EXTREMELY RARE. Yes, ONLY 214,000 were made. My CoA says this is #143886/214000. I put in a bid and ended up winning for about $3 plus shipping. Then it took forever. I waited for three weeks after I had received a tracking number before checking up and finding that the tracking number had never been received by USPS. I contacted the seller who said he had gotten sick and would mail my package the next day. About five days later, USPS marked the package as having entered transit. 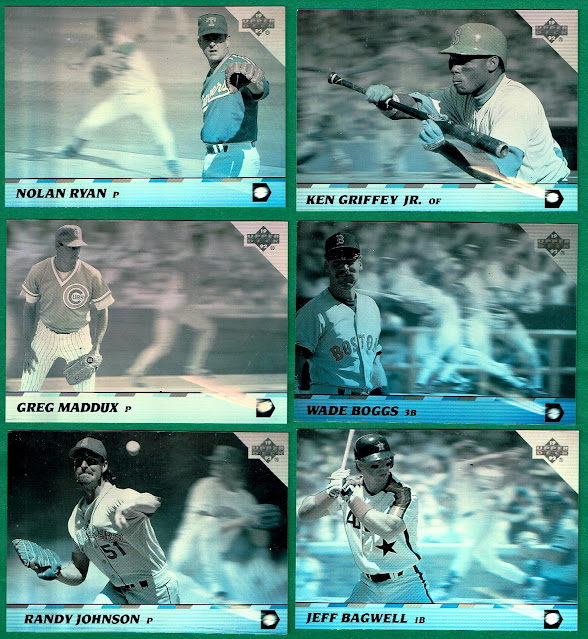 The set has 54 cards--two for each team and one each for the league MVPs. Each team is represented by its top pitcher and top position player. Many big names--from Nolan Ryan at the end of his career to Jeff Bagwell at the beginning of his--are featured in the set. 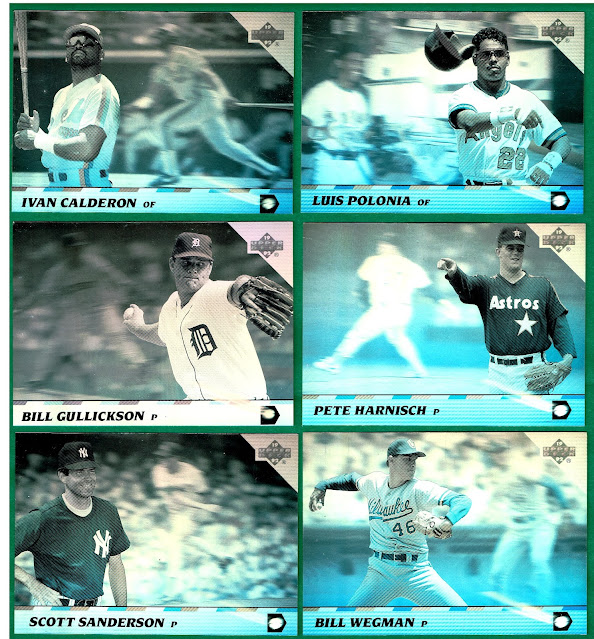 But do you remember these guys? These are the stars that Montreal, California, Detroit, Houston, New York, and Milwaukee had to offer. I bet those Bill Wegman vs. Luis Polonia matchups were instant AL classics in 1991.It's a pretty cool set and I'm glad I found it (cheap). I'm still debating whether/when to add 1992 Upper Deck baseball to my wantlists, but in the meantime, I'll be mesmerized by turning a set of 54 holographic cards around in the light.