There are many places to buy cards online. Some of them I use often. Some of them I use occasionally. Some I have used once but never again. Recently, I found a new place that I tried. A TCDB member named baseballcardstoreca posted that his website was offering a sale. So I went and checked it out. The site is the same as the TCDB username, baseballcardstore.ca, and every card on the site is $.25. Except for right now. Using the promo code 2020 at checkout will make every card $.10! So I went virtual dime box digging and came away with some good stuff.

Dime box 1973s? I'll take some. I was able to score some old Cubs, and some pretty good names, too. I believe this is my first Randy Hundley card. 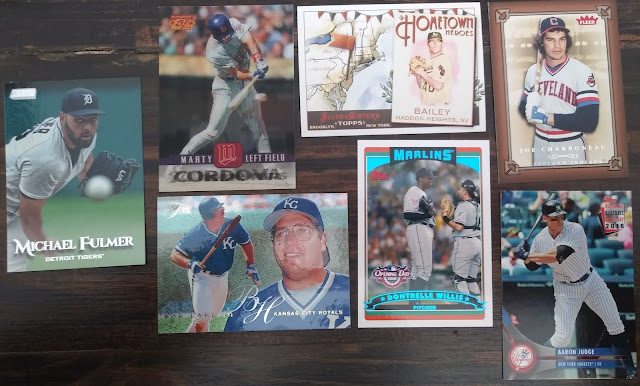 My mini-collections, like my Rookie of the Year collection, got a boost. I like the bright blue foil Opening Day Dontrelle Willis, but the steal of this lot is the National Baseball Card Day Aaron Judge. This is the incentive card given for purchasing $10 in packs at the store. It's a nice find for a dime, I think. 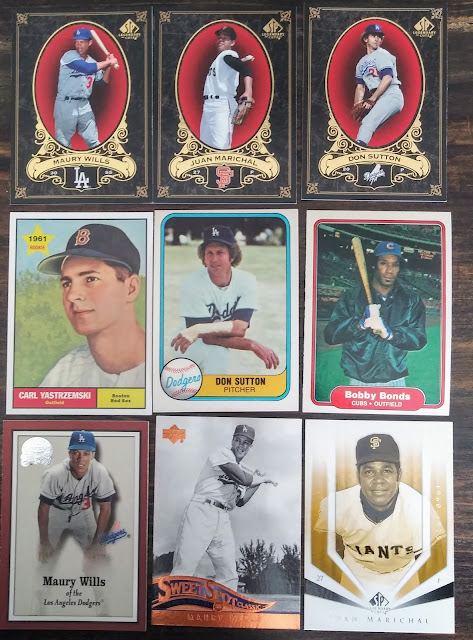 I didn't forget about my All-Star MVPs. I picked up a bunch of SP Legendary Cuts from various years for this purpose. 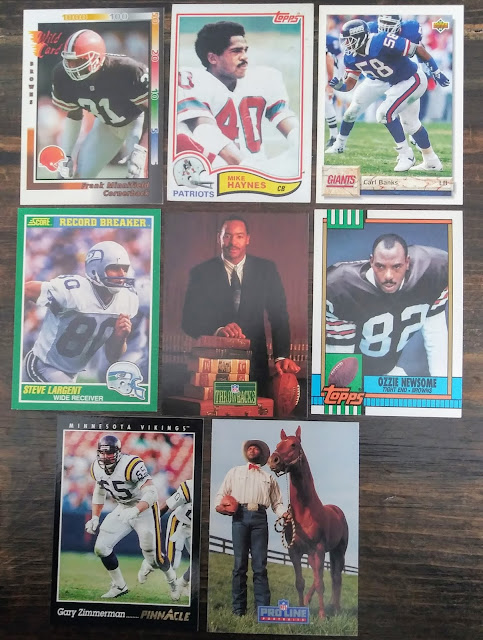 My All-Decade teams got some help. Here we have the 80s. 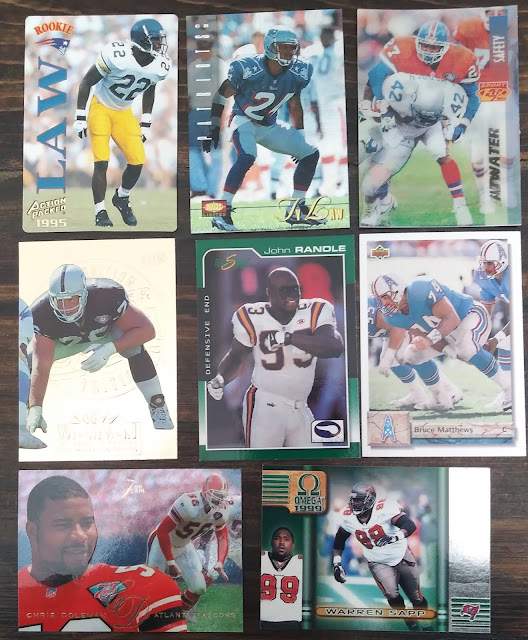 The 1990s. Well, except for Ty Law, who is a member of the All-2000s team, but his rookie cards here are from 1995, so I mistakenly put them in this photo. The Steve Wisniewski that is so washed-out is a 1995 Ultra Gold Medallion, so the entire background is gold foil. 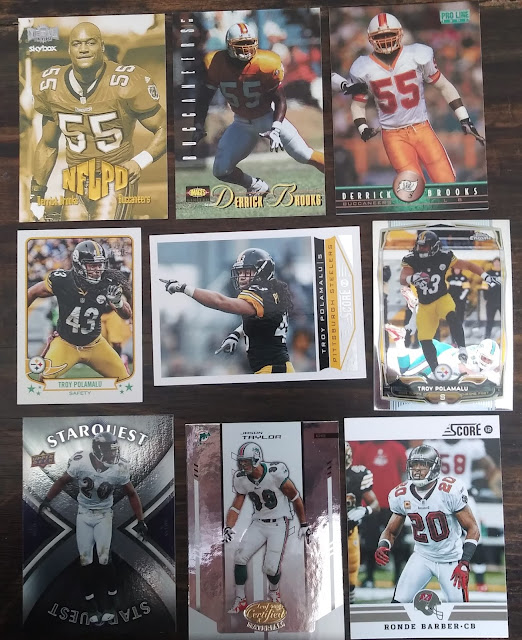 And here, the 2000s. I like the Derrick Brooks cards I got. There were some really cool ones, like the Skybox NFLPD subset, which is embossed. The two bookend Polamalus are minis. 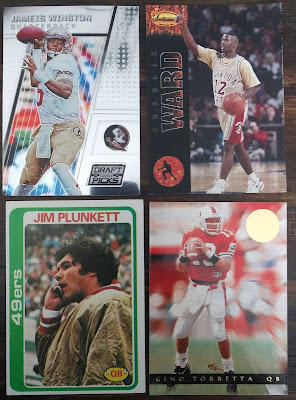 I also found some college uniform cards of Heisman Winners. I usually prefer college unis in this collection. The Charlie Ward is an interesting addition to my Heisman collection, as he is playing basketball on it. Despite his stellar college football career, Ward passed on the NFL in favor of a 12-year career in the NBA. Jim Plunkett may not be in a college uniform here, but I wasn't to pass on a vintage Plunkett for ten cents. 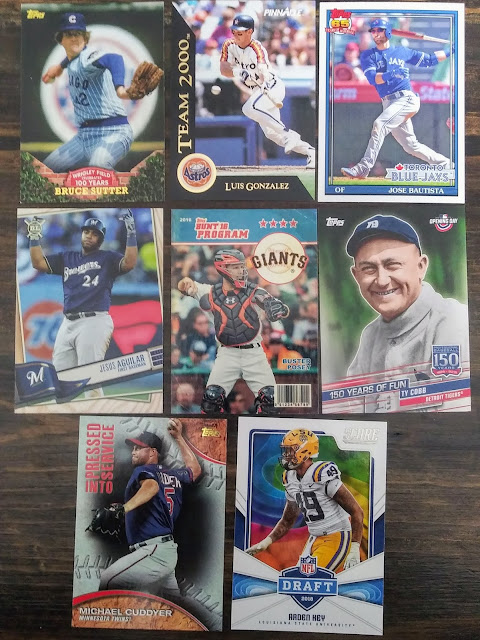 I also was able to pick up a card here and there for various set builds.

Most of my order, though, was focused on refractors. I picked up some for my refractor frankenset and some of guys I collect. 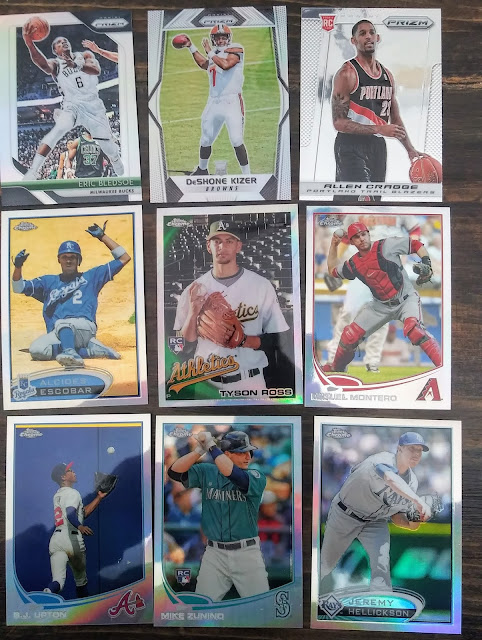 All of these go in the frankenset. I love the look of the infield dirt as a refractor on Alcides Escobar. 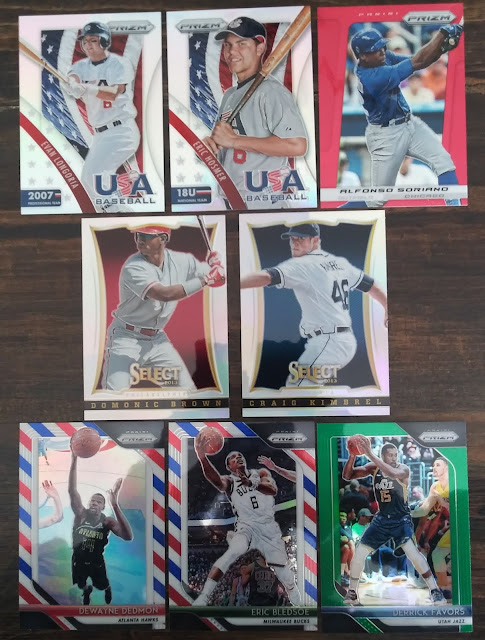 Here are some different types of refractors, like refractor versions and different color variations. 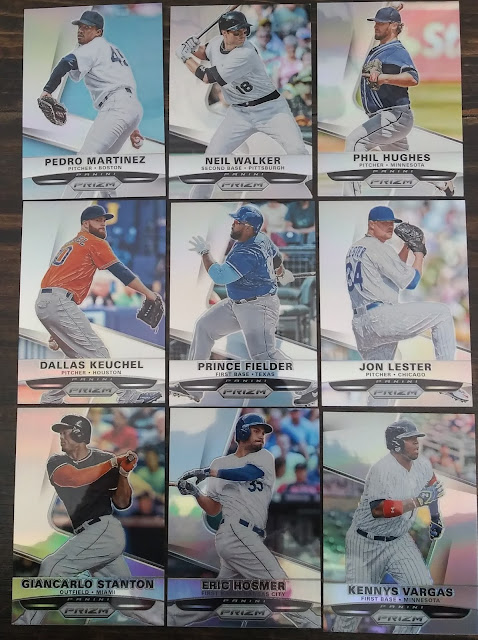 I've never bought any Prizm baseball, but there was a good selection of Prizm refractors on the site, so I picked a lot of them for my frankenset.

My order was mostly refractors, and all for $.10 apiece! I don't know how long the sale will be going, but I know it is still. The site doesn't have a great filtering system to find what you want, but with a little bit of searching, you can probably find a few things you want. It's worth checking out.
Posted by Trevor P at 9:59 AM