Last of the Card Show: The Quarter Box Deals

These were my favorite deals of the card show. All of these came from my buddy Aryn's quarter boxes. You'll see vintage, refractors, serial numbers, Cubs, Packers, and various mini-collection hits here. 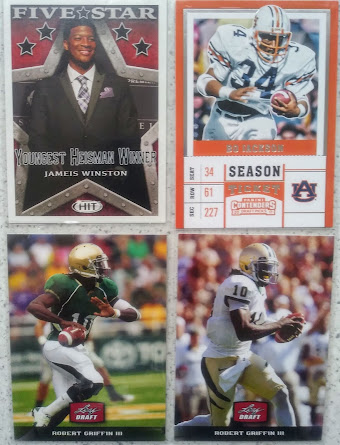 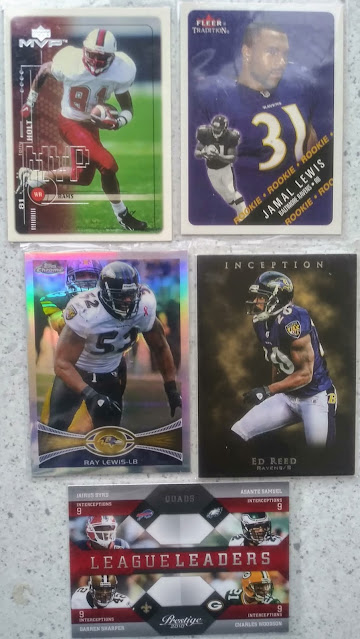 All 2000s team, including a pair of rookies. 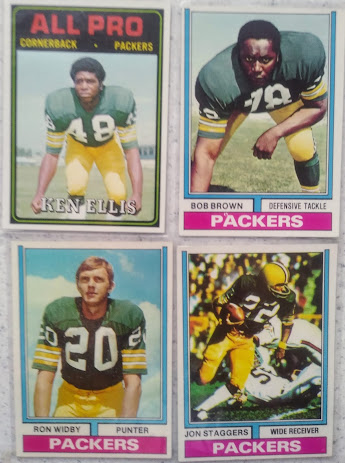 Vintage Packers. You know, Ron Widby recently passed away. During his college years, he transitioned from QB to punter because of an injury. Even cooler: he was the 1967 SEC Player of the Year in basketball for Tennessee. 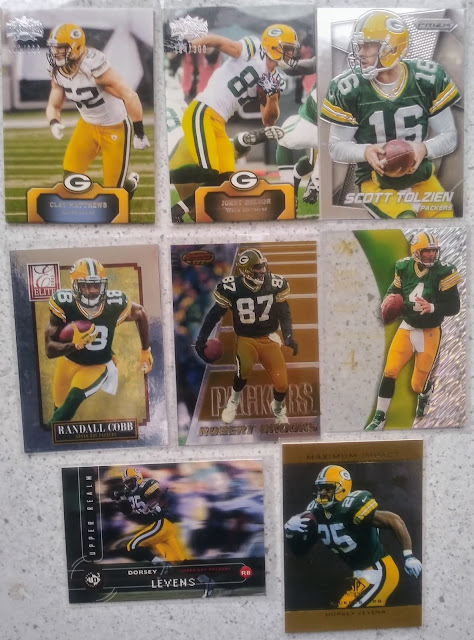 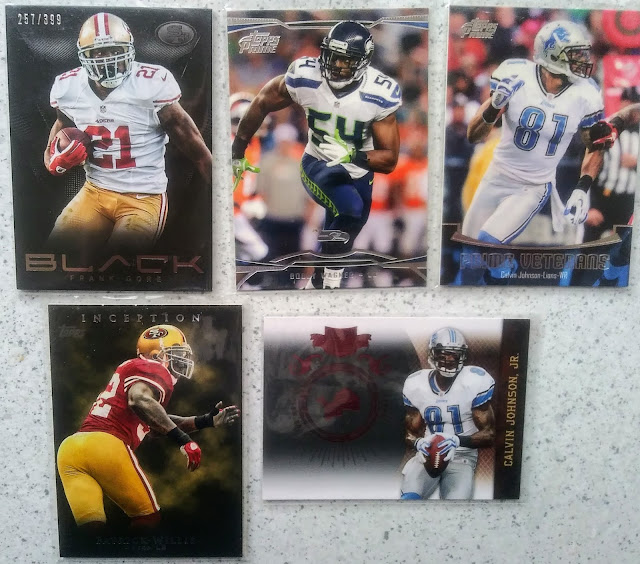 All 2000s team. All but one are inserts or serial-numbered. 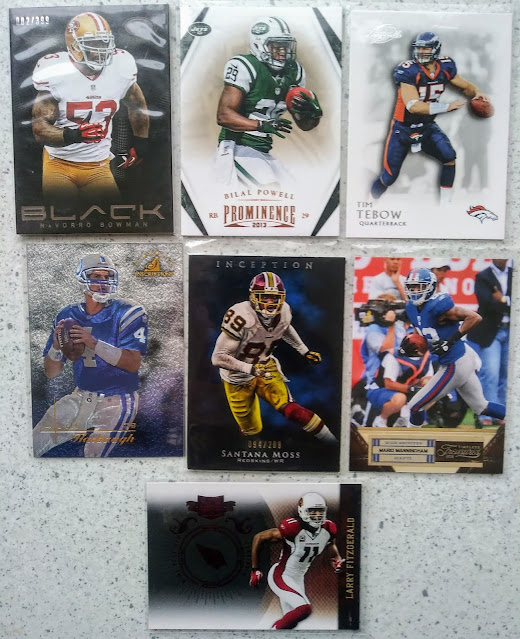 Cards from sets that were not yet represented in my quest to collect one base card from every football set ever made. I'd never before seen the 1997 Pinnacle Inscriptions set (represented by Jim Harbaugh), and it is astounding. I wish I'd picked up a few others. 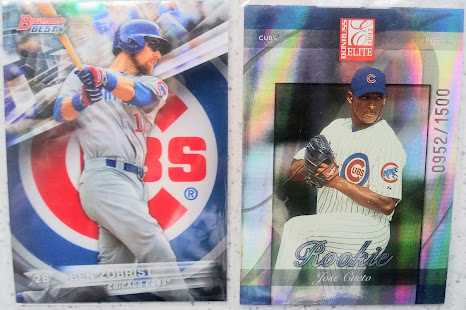 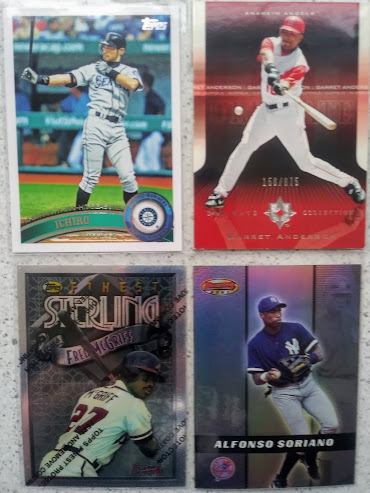 All-Star MVPs. 2011 Topps Ichiro is a popular card; I'm glad to finally have one of my own. 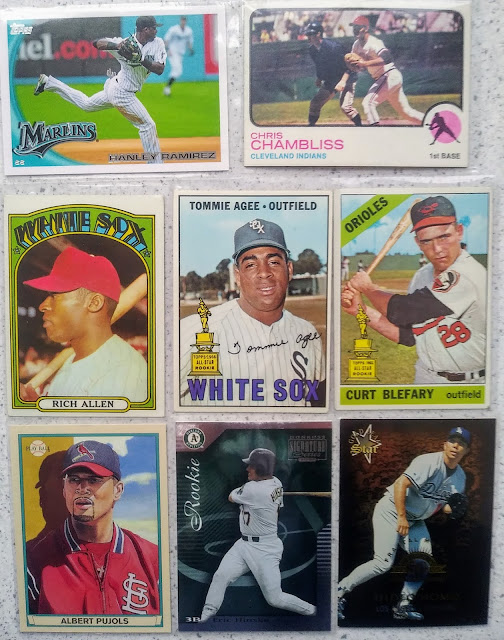 Rookie of they Year, including some nice vintage. 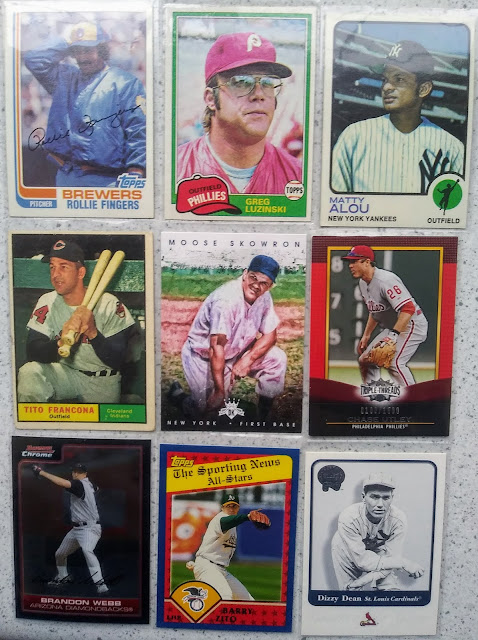 More All-Time All-Stars, Yankee style. I learned when I was logging these into TCDB that Russo apparently doesn't have too many cards to choose from. 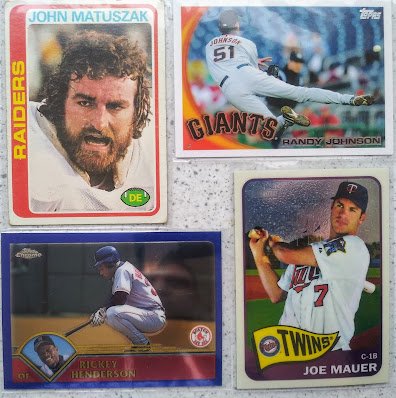 These cards don't fit any collection. I just thought they were too awesome to pass up. John Matuszak is better known to me as Sloth in The Goonies, since I was born after his playing days.

All these cards for $.25 apiece! That wraps up my card show haul. Which card was your favorite here? Let me know in the comments.