The Beginning of the Bryzzo Brexit

I have been dreading July 30th since April. The Cubs' brass has made little secret of their desire to cut costs and start a rebuild of the team. This stings a bit because the core of the team that has been designated as too expensive to keep just happens to be the core that brought home the Cubbies' only championship in the lifetime of virtually any person currently on earth. When they won the championship, I was elated, but also surprised. It seemed that the squad of youngsters had arrived ahead of schedule. Kyle Schwarber, Kris Bryant, Addison Russell, Jorge Soler, Javier Baez, and Willson Contreras were all rookies or second-year players when they won it all. It seemed like that core would only grow stronger as they matured and I expected more future success as they hit their primes. Now here we are, five years later and those players have hit their primes and their contract years. They have been good enough to win a few division titles, but with no more postseason success. They have also been good enough to all get paid, and the sad reality is that the Cubs couldn't--or wouldn't--pay them all. So the decision was made to blow it up and move on. I've been less than excited about the prospect of saying goodbye to some of the most special players in the history of my fandom, but it's happening. 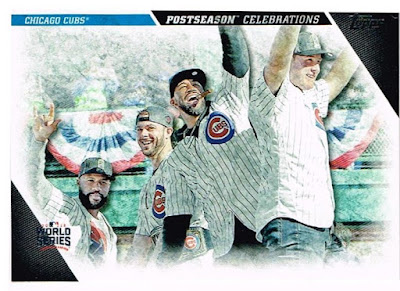 None of these guys are Cubs anymore.
I know it wasn't the first trade the Cubs made this season. And I know that some of the aforementioned youngsters left the team before this year. But the departure of Anthony Rizzo the day before the deadline marked the beginning of the Cub-pocalypse that I was expecting.
Cub-pocalypse it was, as they seemed determined to raze the thing down to the final brick. Just consider this: they let Kyle Schwarber walk in free agency this winter, replaced him with Joc Pederson (who is essentially the same player), then traded Schwarber's replacement this month. In a strange twist of fate, both Schwarber-style players were traded by their respective employers. A similar situation happened with Jon Lester and Trevor Williams, though they aren't as similar as Schwarber and Pederson. This team was never meant to stay together in any way, shape, or form. I knew that. I was expecting that. It was still shocking to see them give up on retaining the entire trio of Rizzo, Baez, and Bryant.
Rizzo was the shocker to me. He's been with the team the longest and I didn't expect him to be dealt first. Perhaps as a coping mechanism in the aftermath of the trades, I took to scanning my collection of these players to share. This will be scan-heavy with little commentary beyond mentioning a few cards. I don't have any mega-hits in my collection. This is just my tribute to say, "Thank you," to the players whose achievements have meant the most to me as a fan.

I think my favorites on this page are the 1990-style Archives and playful Rizzo at the Home Run Derby. 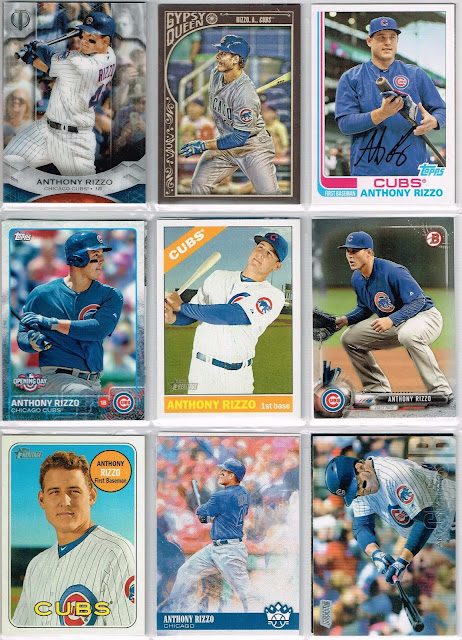 2019 Topps Tribute wins here, as I have so few Tribute cards. 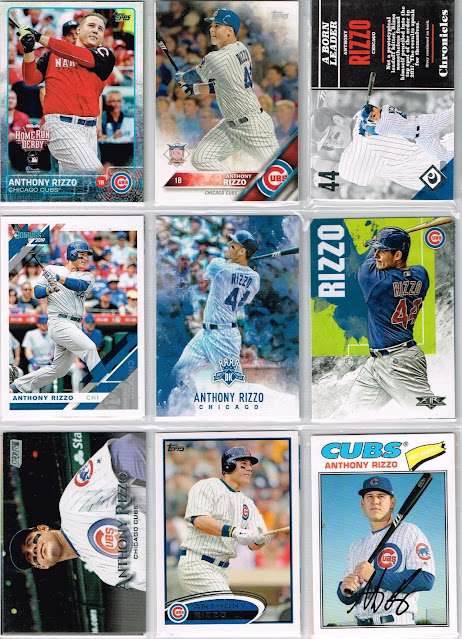 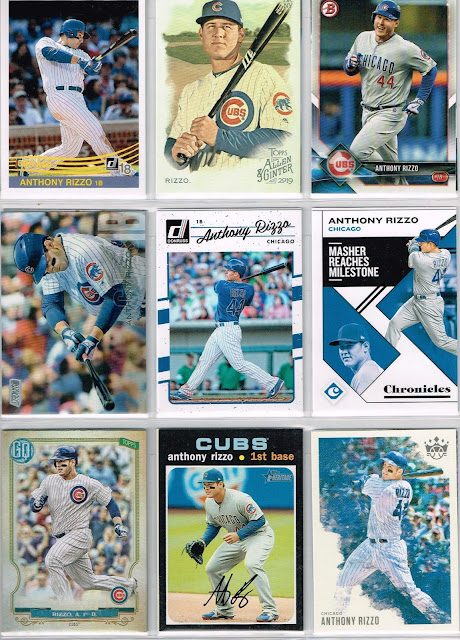 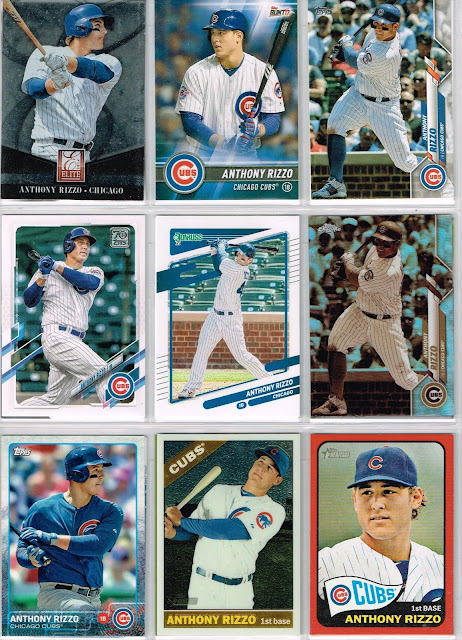 Now we start to get into non-base cards. My favorite here is the Heritage Chrome. 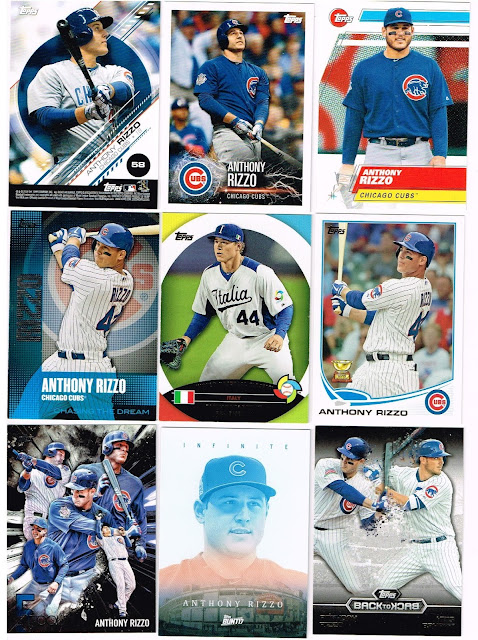 I like the 5-Tool card in this group, though Rizzo has never been a five-tool player. 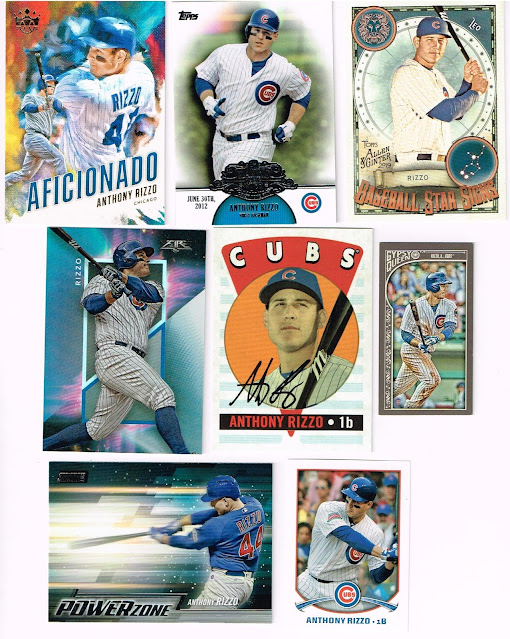 In the last group, my favorite is a toss-up between the Fire En Fuego and the DK Aficionado.
Thursday's Rizzo trade marked the end of Bryzzo, the most fun baseball duo this side of Adrian Beltre and Elvis Andrus. We'll miss you in Wrigleyville, Anthony!
Posted by Trevor P at 7:20 AM