Last month, Chris "The Pedestrian Collector" ran a PWE Swap Meet to bolster his football card collection. This seemed like a great opportunity to me because I always have too many extra football cards and not enough people who would want them. Selfishly, I unloaded a 400-count box filled mostly with my set-build dupes on him. I didn't expect him to match it in return. I was also unaware that he was having a giveaway for those who participated in his swap meet. Honestly, I was just trying to clear out some space.
And then I won his giveaway. Well, I can say goodbye to any space I cleared out. I sent out a 400-count box. This is the box I ended up getting back. 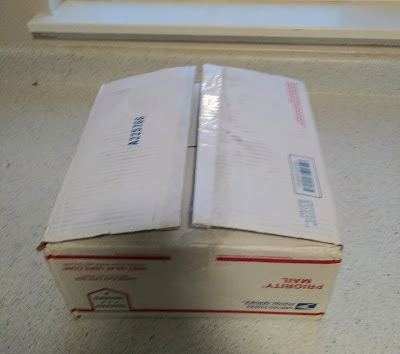 Inside, it was full of other boxes! 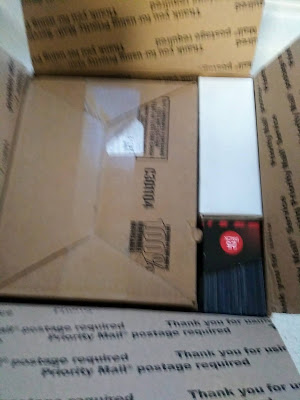 What you're seeing there is a package of top loaders, a 400-count box stuffed with baseball and football cards (that I haven't fully gone through yet), and another, larger cardboard box 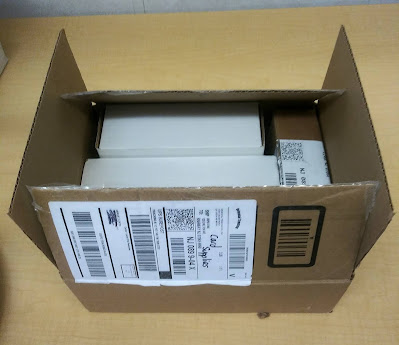 marked "card supplies" on the label. It was filled with, well, card supplies. Completely filled. 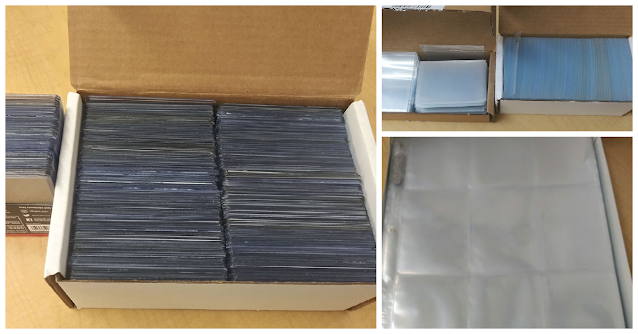 In the "card supplies" box, Chris included a large box of top loaders, a package of pages, and lots and lots of penny sleeves! This is huge for me because every card I own, whether PC or trader, is either sleeved or bindered. I just bought 100 pages last month, so I'm good there, but there is no such thing as too many pages. Penny sleeves, on the other hand, were starting to worry me. I bought 10,000 sleeves from BCW a few years back and I'm down to my last few packages. Well, I was down to a few last packages. Chris filled a 400-count card box to the brim, plus another smaller box with penny sleeves. I don't even know how many sleeves fit in that box, but I know it has to be a lot. This was a welcome and timely care package of supplies. 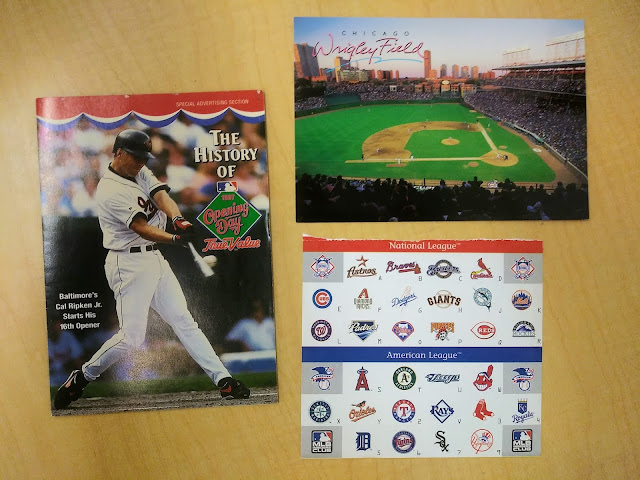 Nestled in some of the boxes were some other goodies. I'm not sure where the stickers on the bottom right came from, but I can at least date them to the late 2000s because of the team logos. The Cal Ripken picture you see is a little pamphlet from True Value, and the Wrigley Field postcard is really cool to me. 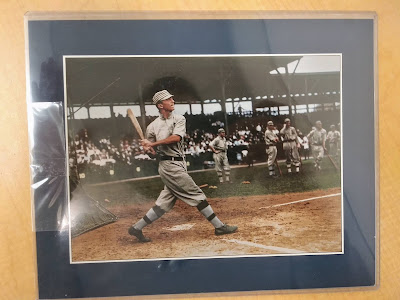 I mentioned that one of the boxes was full of cards, too. While I haven't seen all of them, I have glanced through them quickly. 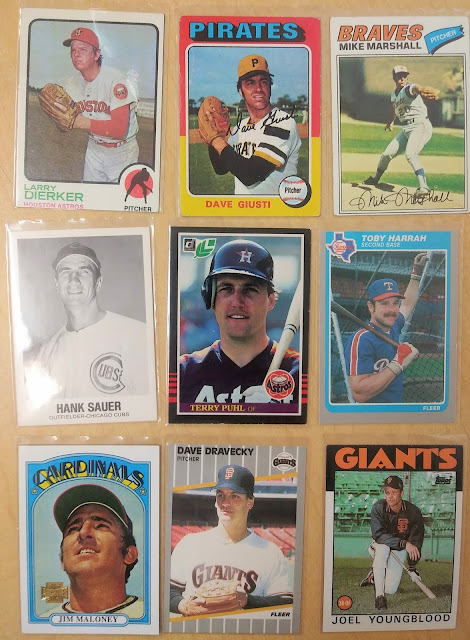 The first thing I noticed was that it was as if Chris had been reading some lists that I have been working on that I haven't even published. All of the players you see above are former All-Stars. Most of them are guys I didn't have a card of already. Last month, I decided to begin a new project (because I don't have enough of them): I'm building a Frankenset comprised only of players who made a Major League All-Star team, along with at least one card of every All-Star. I'll have more on that later, but when I popped open the box and started through the cards, out of the first five cards, it seemed that three or four of them were vintage All-Stars that I would have needed to track down.

Besides an entry to his giveaway, Chris also provided a swap as part of his PWE Swap Meet. Before I found out I had won anything, I received a PWE from him in return for the cards I had sent. All three of these cards were needed for my Cubs and ASG MVP collections. I love the Blue Walmart border on a Cubbies card. 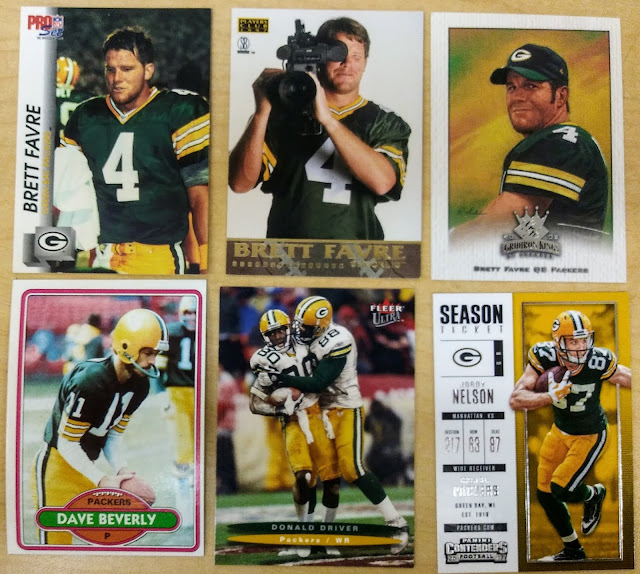 These cards, from one Packers fan to another, were part of the PWE swap. I needed all of them. I'm not sure which Favre I like more: the one from his first season as a starter, the silly one with the camera, or the one from Diamond Kings, which I have always liked. And bonus points for getting me a Jordy Nelson base card that I didn't already have.

Thank you, Chris, for your generous offering. Like everything else, card supplies are harder to find right now and I am a penny sleeve fiend. I don't know how many people out there would have gotten as excited as I did to open up a box and find nothing but hundreds of penny sleeves in it.

I'd also like to take a moment to mention another giveaway. Collector's Crack is holding his annual Almost the Easiest Super Bowl Contest on the Web. Click the link to predict the Super Bowl outcome and enter for some great prizes. We may have a new year upon us, but the generosity among card bloggers is still going strong.