I know we're halfway through January, but I'm still working on my yearly updates for 2020. Today we'll see the new additions to my Brad Sorensen collection. Last year when I did this update, I had a completed rainbow to show off. I don't have anything of the sort this time around, but even though new Sorensen cards are getting harder for me to pick up, I'm still not relinquishing my grip on the Sorensen collector title. 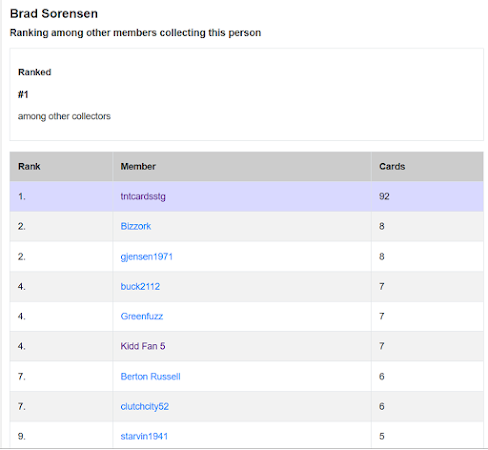 Now this represents only those collections that are on TCDB. But I think it's fair to say that not many other people out there are interested in matching me.

As always most of my Sorensen acquistions came from COMC this year. 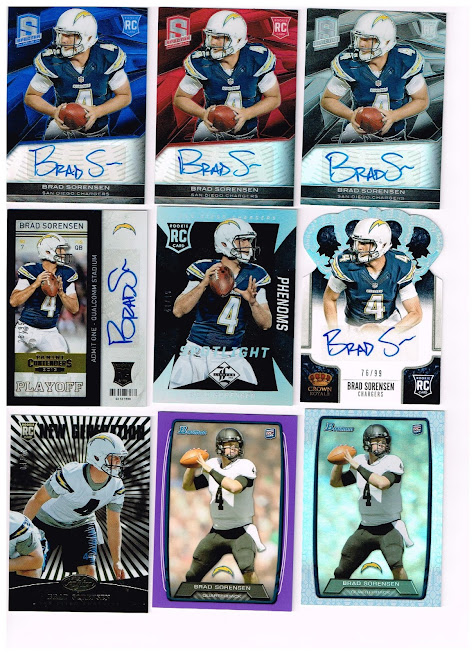 These nine came from COMC. One downside to collecting an obsure player who only had cards in his rookie season is that today's rookie market is all about the auto. I have every base card of Sorensen, but there are still almost 200 cards that I still don't have. Most of those are autos. I already own over 40 Sorensen autographs. How many do I need? But that's what is out there if I want to pick up all of his cards. 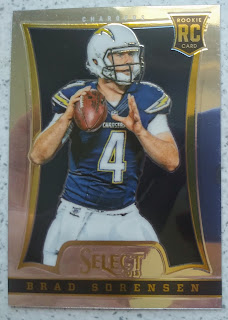 The only other Sorensen I picked up that was not from COMC came from a Sportlots box order. I'm telling you, he's hard to find. I've never once traded for a Sorensen card because no one seems to have him.

So if you have any Brad Sorensen cards lying around, send 'em my way. I may still be the #1 collector, but my collection is only 30% done and my wells are running dry.