Last month, Bo shot me an email telling me to be on the lookout for some cards he was sending to me. A few days later, a PWE arrived in my mailbox. There was some great stuff inside. 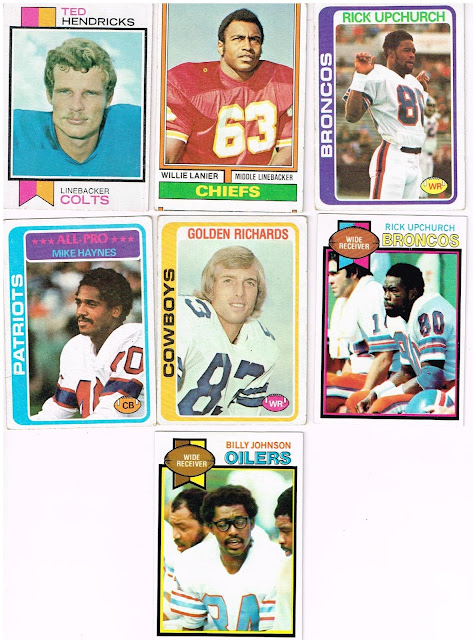 Much of it was vintage football from the 70s. Not just commons, either. Here we have several Hall of Famers, a couple of big-time return specialists for my All-Decade collection, and former BYU receiver Golden Richards. Willie Lanier was named part of the NFL's All-Time Team, and this miscut 1974 will represent him in that project for me. 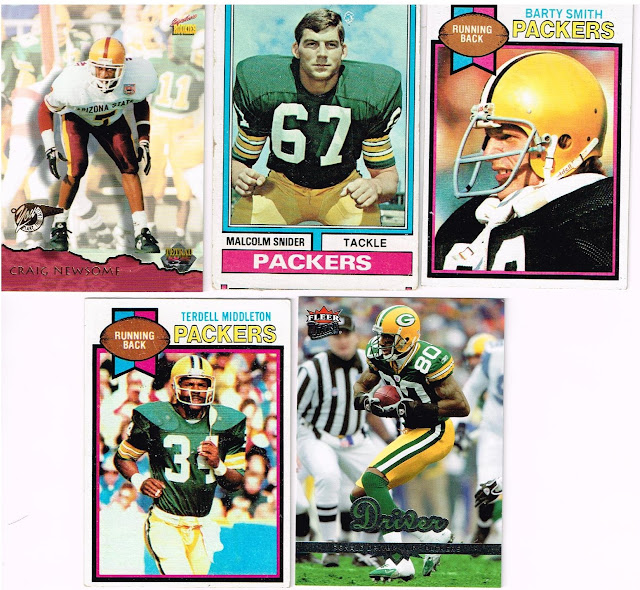 There was some Green & Gold, too, ranging from the mid-70s to the early 00's. This Terdell Middleton is my first card of him. He led the team in rushing twice, even going for over 1,000 yards and making a Pro Bowl in 1978, but his career fizzled out and he doesn't have much cardboard representation.

A big thanks goes out to Bo for this spontaneous mailer. And he deserves some kudos for checking out my lists and finding that I needed a Lanier for the All-Time team and that Golden Richards played for BYU. I appreciate the thoughtfulness, Bo!