The status of cards at Walmart has not been good around here. But in the past few months, I've been able to find some blasters once in a while. I've followed the same pattern every time I have: I choose a product and pick up two blasters off the shelf. If I continue to find cards there, I probably won't keep buying two blasters every time I go to the store. I just don't feel comfortable letting the opportunity pass when I'm still not sure when it will come around again, I guess.

A couple of weeks ago, I came across some Topps Update. I opened it right when school let out for Christmas break. 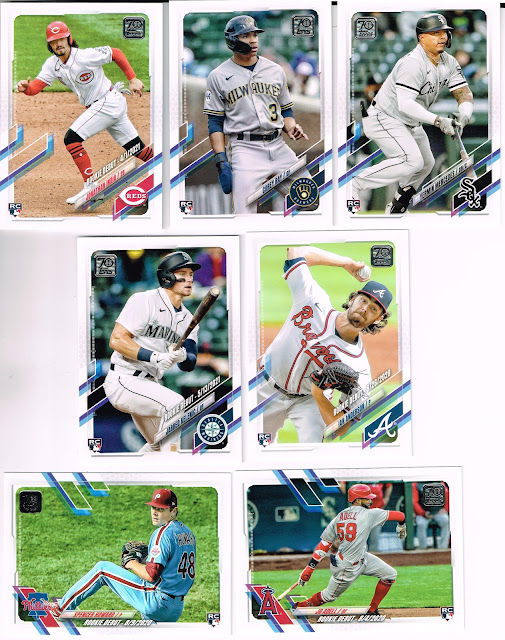 Of course, the main reason for buying Update is to find some top rookies. These were the best I pulled in my two boxes, with my favorite here being my first card of 2021 NL Rookie of the Year, Jonathan India. 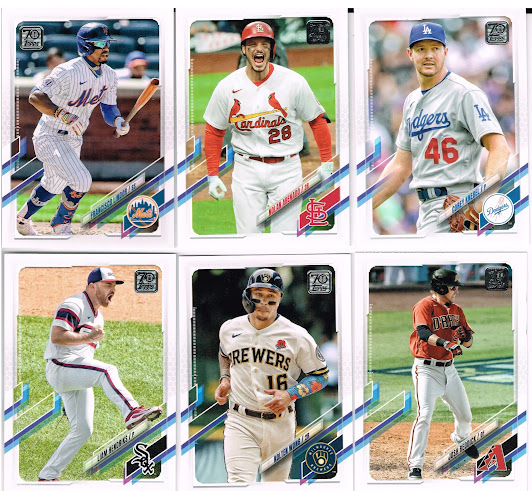 The other reason to buy Update is to find old faces in new uniforms. But these are not players who changed teams mid-season; they are players who were traded or signed before the season began. If I were Topps, I would make a list of free agents in the offseason and plan to put them in Series 2 with whichever team they signed with. There would inevitably be some players who are traded before the season that you would miss, but free agents are easier to predict a team change. I would reserve Update for players who change teams midseason or who are traded in the offseason. 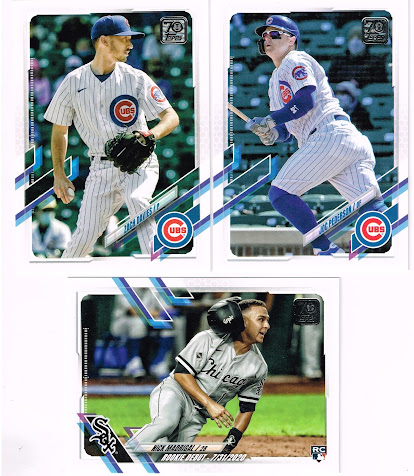 But that's not how Topps does it. Instead, I'm left with this experience as a Cubs collector in 2021. Joc Pederson gets his first Flagship Cubs card--months after he leaves the team. Nick Madrigal joins the team at the trade deadline, but is still a Southsider in Update series. See, if I were in charge, this Joc Cub would have come in Series 2 and his Update card would have him as a Brave.

I decided not to pursue a complete set of Update, but I do like that all the checklists feature no-hitters thrown in 2021. Aside from the firesale decimation of my favorite team, the plethora of no-hitters are the defining feature of the season. So I decided that I would chase after all the no-hitter highlight checklists in Update this year. 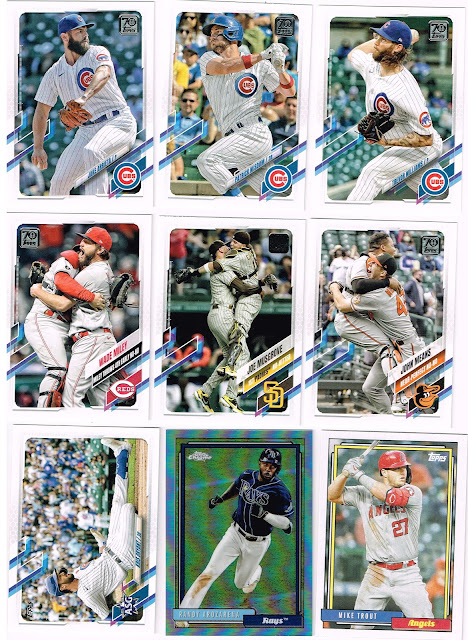 The above observations all came from the first box I opened. This scan displays all my keepers from Box #2. 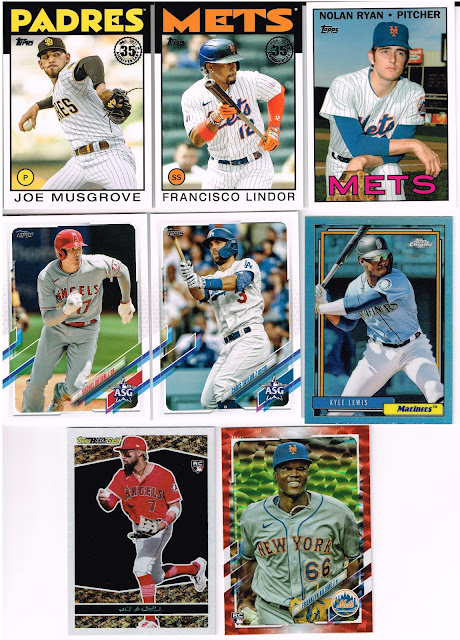 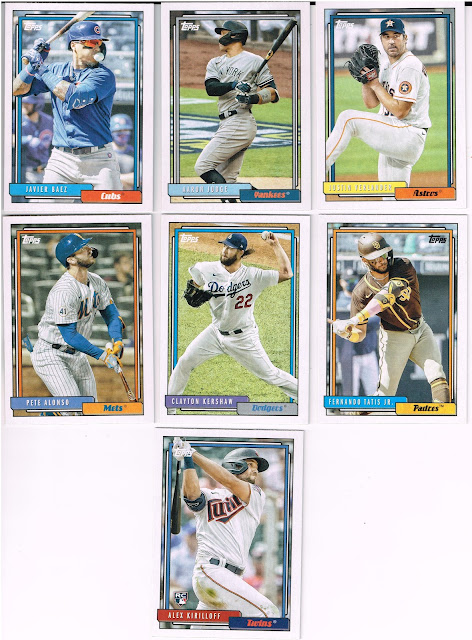 Now let's look at the inserts. Most of these are keepers for me. I like the 1992 design, but I don't understand why it needed to be an insert set. They even got the cardstock wrong; Topps used an older feeling cardstock for this insert set, but 1992 was really the first time the company used a glossy stock. I like the feel of the 1992 inserts, though, so I can't complain about it too much. The 1986 Anniversary set is glossy, however, as is the Cards that Never Were, in my box a solo Nolan Ryan rookie. 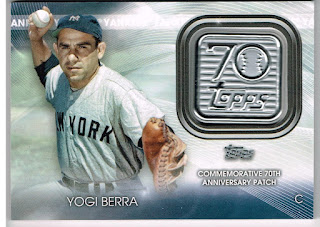 Each blaster comes with a manu-relic 70th Anniversary card. I pulled Yogi Berra out of the first box. The second box yielded a Tom Glavine relic, but somehow I forgot to scan it. Oh well, I'm not going back to do it now.

To be honest, I probably wouldn't buy these blasters of Update if I could do it over again. In hindsight, I would have saved the money for something else. My reason has little to do with the product. Rather, it's that opening baseball card packs in 2021 has been a weird feeling for this Cubs fan. Pretty much every Cub card I pull is of somebody who is no longer with the team. I'm happy to have my first Jonathan India and a refractor card of fellow ROY Randy Arozarena from this purchase, but overall, there are probably other products/sets that I would rather have.

I'm posting this on Christmas Eve because these boxes were kind of my Christmas present to myself. So I'll end by wishing all who are reading a very Merry Christmas! Enjoy your holidays!