This past week, my wife and I celebrated 17 years of marriage. As I was preparing something for her that involved the number 17, I started thinking about what else 17 signifies for me. On another personal relationship note, 17 is the age that both of us were when we first started dating. (Though not when we first met. We had become acquainted in sophomore English class about a year and a half before.) Extending beyond the personal, my thoughts turned to the #17 on the baseball field, and the player who would almost surely be traded away from the North Side of Chicago, Kris Bryant.
All the rumors of the roster tear-down began with everyone pegging Bryant as the most likely trade candidate in the MLB before the season even began. Of the Big Three who were traded away from Chicago, KB has been the most frustrating to me. The guy bursts onto the scene in 2015 to win Rookie of the Year. The next year, he has already reached the pinnacle, taking home MVP honors while recording the final out (along with favorite partner in crime, Anthony Rizzo) in Game 7 of the World Series. After that, his game dropped off a little. Some even questioned whether he was still a superstar. Brian at Collecting Cutch wrote a piece last week about Bryce Harper, presenting his career and asking if he was overrated or under-appreciated. Not surprisingly, the comments left on the post represented both sides. The same debate could be had for Bryant, as well. It appears injuries played a little bit more of a role in KB's downturn, however, as he has begun to tick up over the past year. He was arguably playing the best baseball in Wrigley at the time he was traded.
As I did with Anthony Rizzo, I will show off my Kris Bryant cards in tribute. However, since he will have a Rookie of the Year Spotlight post, I'll spare you my entire collection. Here are just a few pages of KB17. 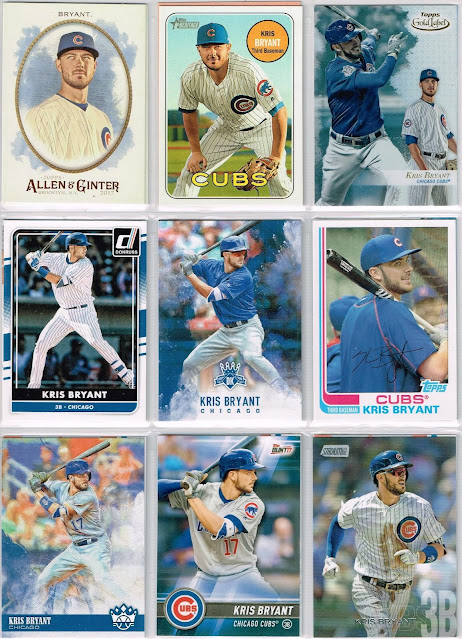 I love the Gold Label here, though Bunt and Stadium Club are pretty great, too. 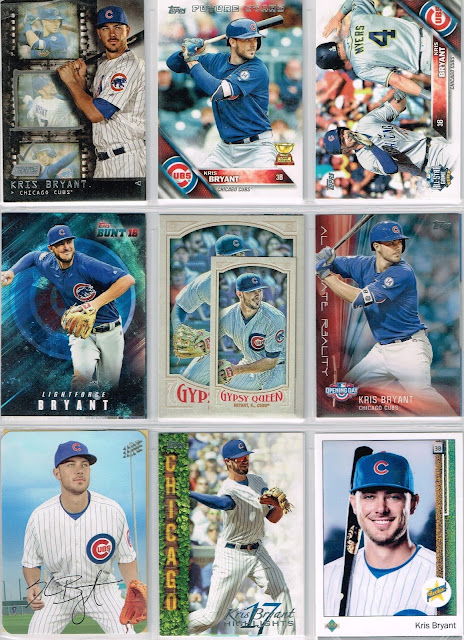 I like the Bunt Lightforce insert on this page. The 1989 Upper Deck you see is a Baseball Breakdown custom courtesy of Gavin. 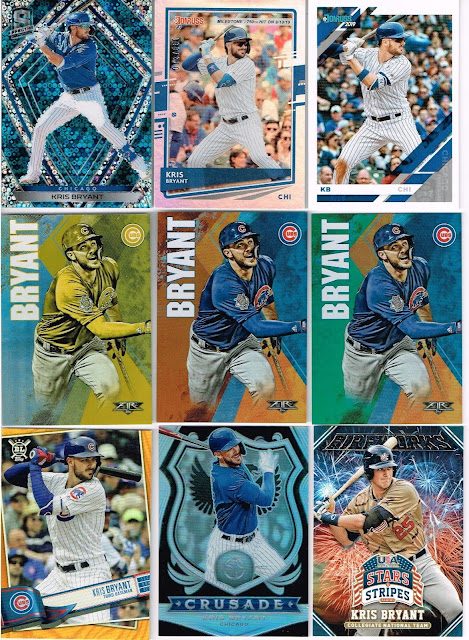 I like the row of Fire parallels here. The orange and the green are serial-numbered. 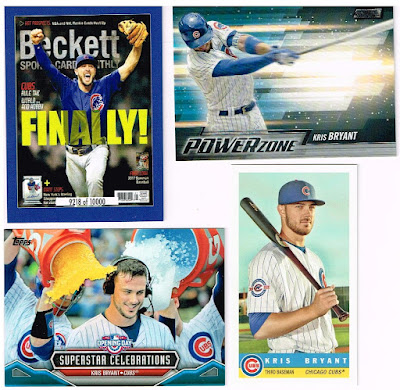 Wow, I like all of these, but the winner has to be the Beckett cover promo. The reverse side of the card features Kyle Schwarber, in case you were curious.

For a moment, I started to think that maybe Bryant was going to stick around after all. The cutoff time of the deadline approached without him being moved. The deal was announced with just minutes to spare. All good things come to an end. They already had years ago when my favorite #17 ever said goodbye to Chicago. Mark Grace has always been my favorite player, so I have to give him some love here too. 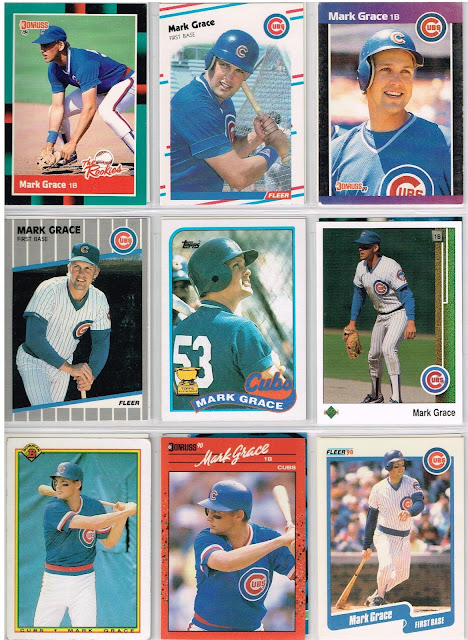 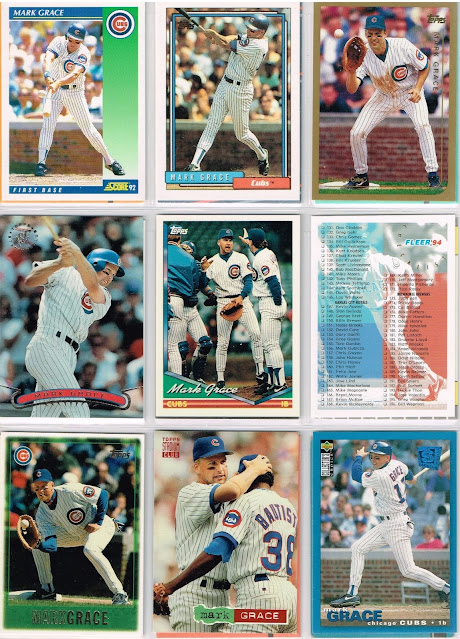 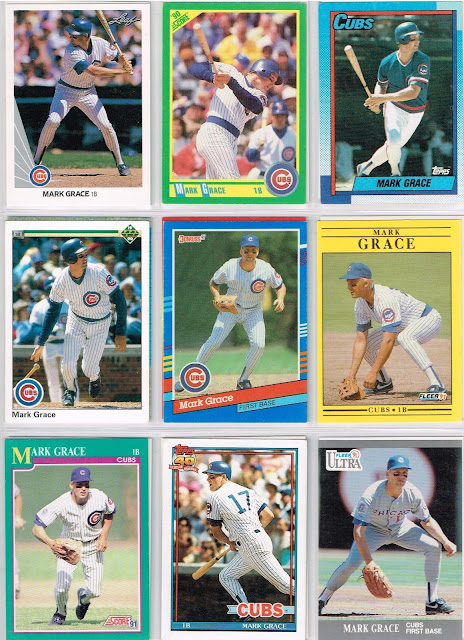 1991 Topps is an iconic card from my own childhood. 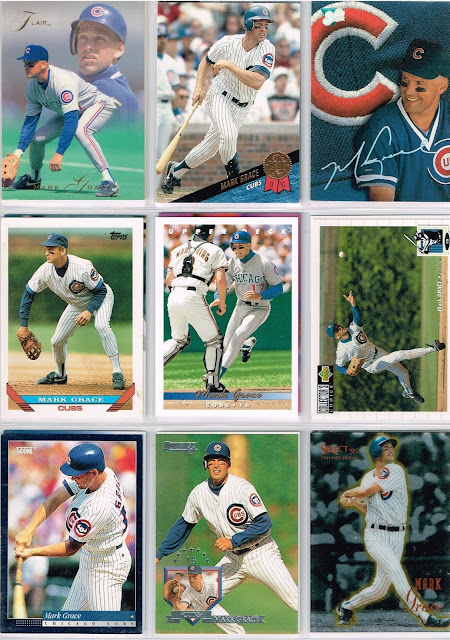 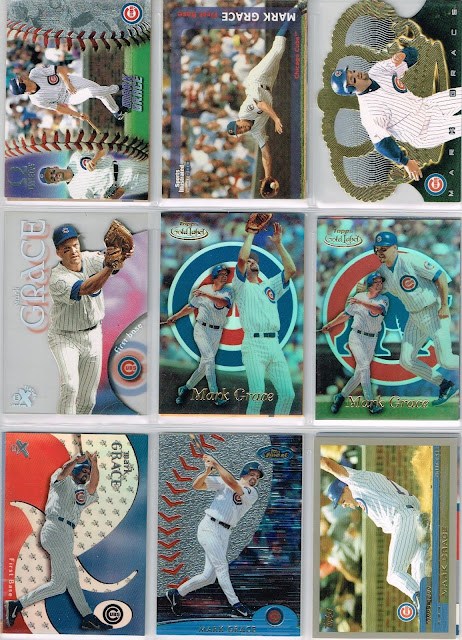 This may be the best page of Graces. I can't choose a favorite. Diving on Sports Illustrated? Gold Label(s)? E-X(s)? Finest? Or the slide on 2000 Topps? 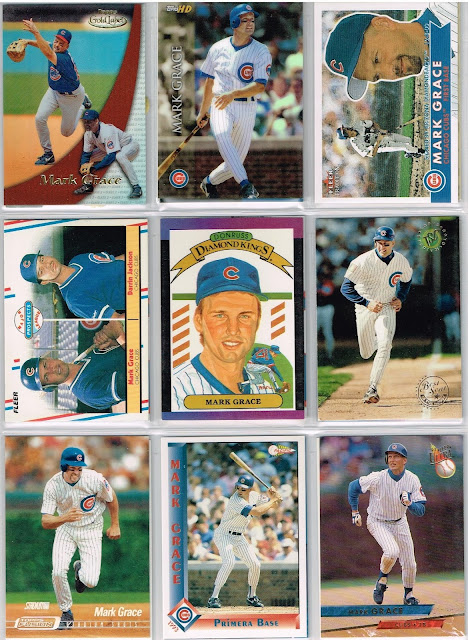 Another great page with a lot of baserunning this time. But Gold Label is my favorite. 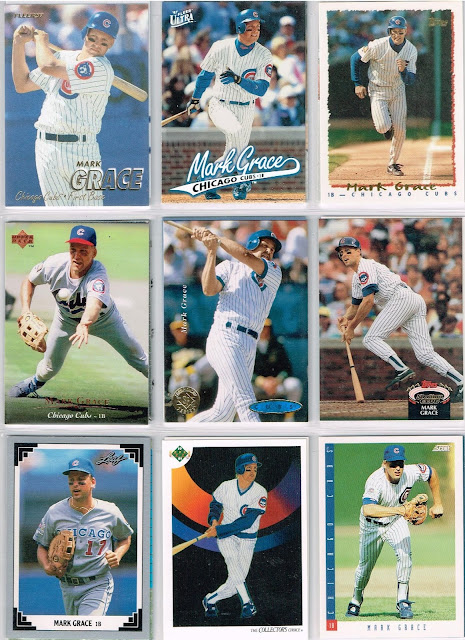 1995 SP Championship is my selection here. 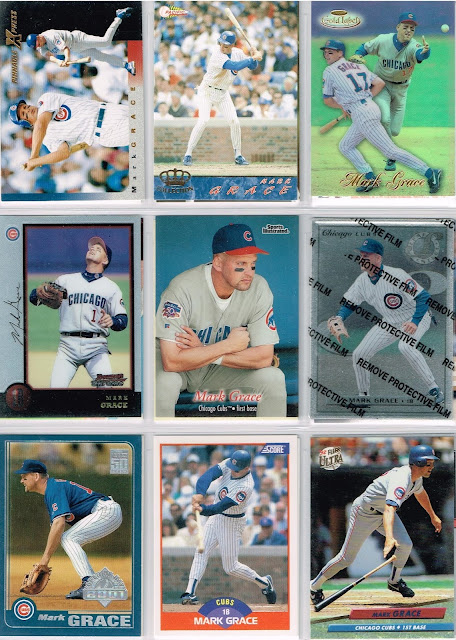 Another 1989 rookie pops up here, but my favorite is the dugout shot on the Sports Illustrated card. 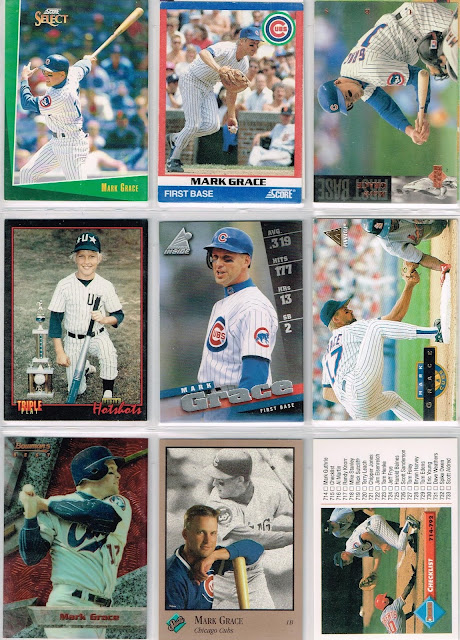 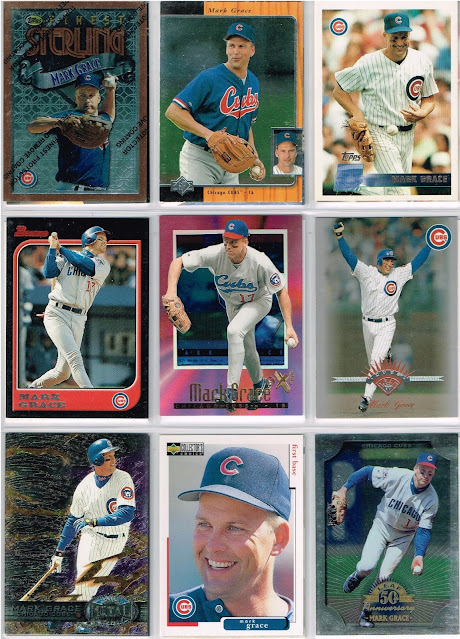 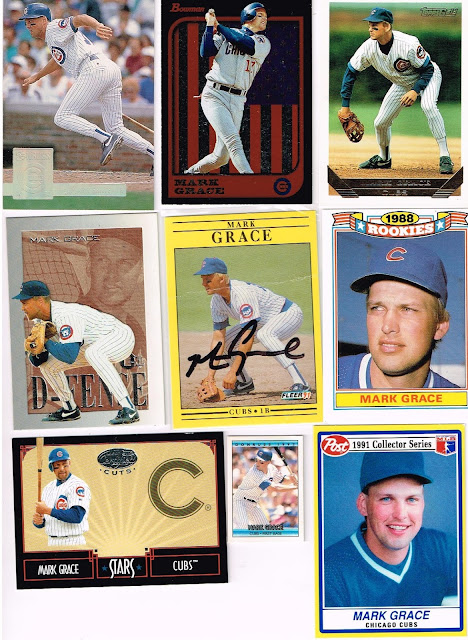 Note the crease across the 1991 Fleer autographed card. I got this card signed TTM when I was a kid, and I was so disappointed that my favorite player had signed, but the card had been damaged in the mail. 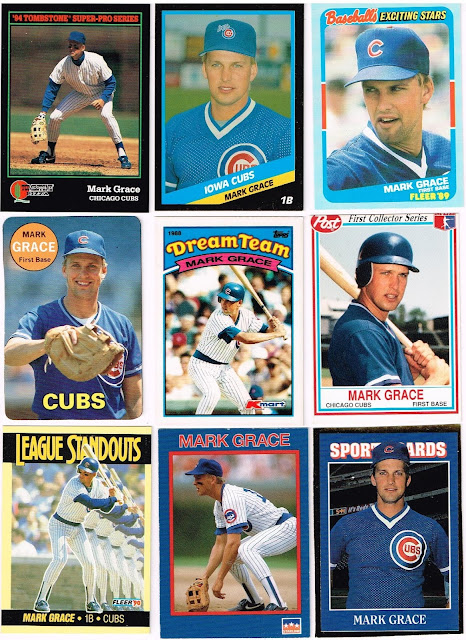 Some great oddballs here, including a few magazine cut-out cards. 1990 Post were the first baseball cards I got, and the first two were Gracie and Ryno, sparking a Cubs fandom in my little mind. 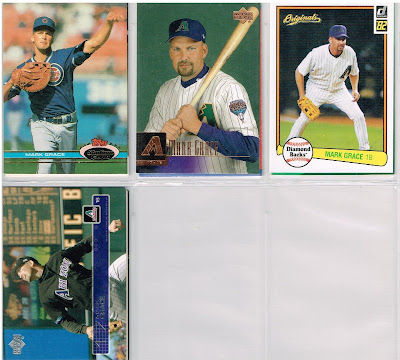 Like Bryant this weekend, Grace eventually left the Cubs. He joined the D-Backs and won a World Series just four months after I graduated from high school. By that time, my wife and I were dating steadily, on a path that would lead us here, still together after 17 years of marriage.