A Trade Between Packmen

This hasn't been the best football season I've experienced as a fan. Both of my teams--on the college and pro level--started the year with high expectations and have fallen a bit flat in reaching them.

My BYU Cougars were coming off back-to-back 10-win seasons and returned 20/22 starters from last year's team that rolled undefeated through the PAC-12 they faced, en route to a 6-1 overall record against P5 opponents.
When this year began, they opened hot, beating future conference rival (and defending Big XII champ) Baylor for a Top 10 win. Sitting at 2-0 and ranked #12 after two weeks, the future was bright for a team leaving independence to join a P5 conference next year. A loss at Oregon turned out not to be such a bad loss. But then came October. Oh man, October. The Cougs went 0-4 in the month and looked really bad doing it. They salvaged at least a bowl appearance with an undefeated November, including a solid win over Boise St. and another P5 win over not-so-great Stanford. So BYU finishes the season at 7-5. This was definitely not the expectation for an experienced team with an NFL prospect QB and an offensive line that is graded #1 by Pro Football Focus this season. So what went wrong? Well, the defense, for one. Contrasted with the #22 offense (per PFF), the defense sits at #113.
But the biggest difference between last year and this year could very well be the loss of current Atlanta Falcons running back, Tyler Allgeier. He was so good last year for BYU. I've started gathering a few cards of Allgeier, but many 2022 football products have only been recently released, or are still waiting. I did manage to snag my first auto off eBay, however. 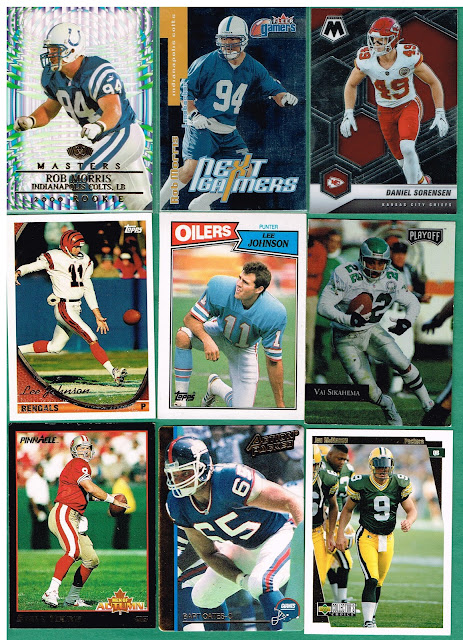 So that's the disappointing season of the BYU Cougars. At least they managed to finish above .500. 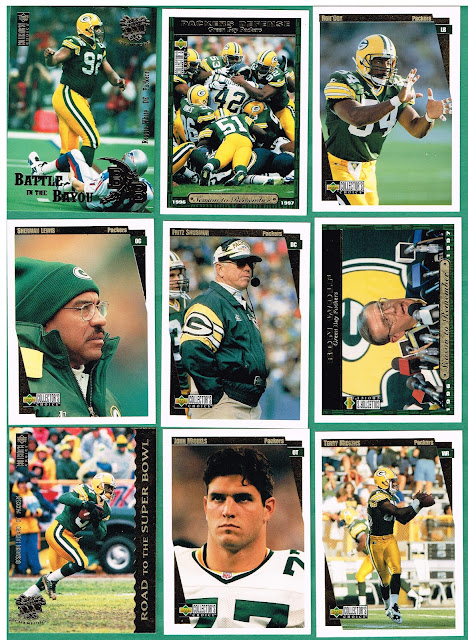 My Packers, though. Ouch. Last year, the Pack finished 13-4 and earned the #1 seed in the NFC. A heartbreaking playoff loss to San Francisco cut the season short prematurely, but expectations were high starting this year. In fact, about half of all expert prognostications I saw put Green Bay in the Super Bowl this year. But then they just kept losing. Sitting at 4-8 now, the playoffs look like a distant dream. It has been a long time since I've been so disappointed by the Pack's performance. 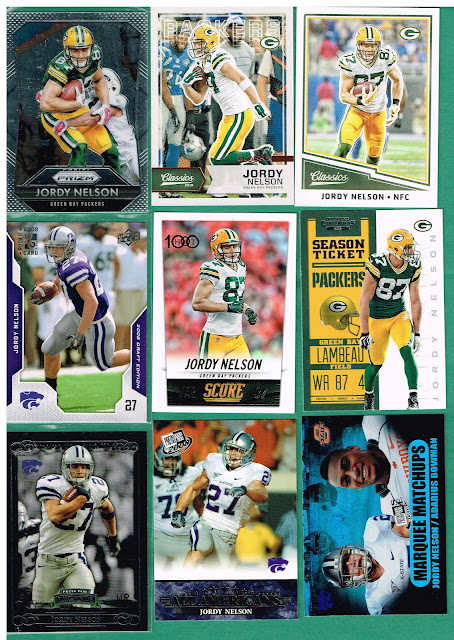 At least the cards are still great. Everything in this post (minus the eBay Allgeier purchase) came from a trade on TCDB with fellow cheesehead dmbramer. Donn hooked me up with a page of new Jordys and a bunch of cards from Shopko's Packer-centric set in 1997. I especially love my first cards of offensive coordinator Pat Shurmur and defensive coordinator Sherm Lewis (previous scan). 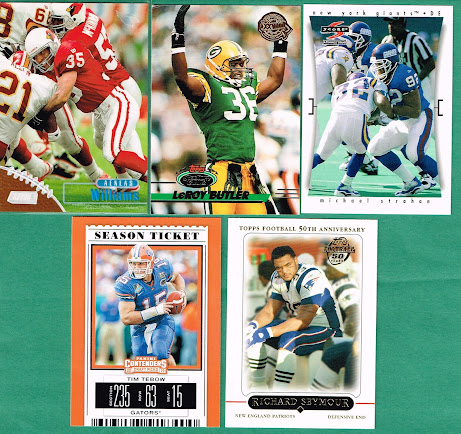 Some of the cards were for other sections of my collection. Four of these guys are all-decade picks, plus a college uni Heisman. Even though it has been a disappointing season for this fan, trades like this one with another surely disappointed Packer fan have been good.
Posted by Trevor P at 1:52 PM