This has been one heck of an exciting week to be a BYU fan. For those of us who have been following closely, it has seemed like a done deal. But I couldn't make myself fully believe until it became official today.
BYU IS JOINING THE BIG 12.
Eleven years ago, TCU and Utah bolted the Mountain West for P5 conferences. BYU took a gamble and decided to go independent in football rather than stick around with the leftovers. There were some rocky years, for sure--especially during the first few years before they had scheduling partners. We were subject to multiple FCS opponents per year. And once there was one loss on the record, the bowl destination was already confirmed due to exclusive tie-ins with certain bowls. Spoiler alert: they were never good bowls. But the past few years have been fun as AD Tom Holmoe was able to make scheduling deals with more and more programs, resulting in a schedule that includes 4-6 P5 teams that we would never have seen otherwise--Wisconsin, Michigan St., Tennessee, to name a few. But we still faced the same "lose one and what is left to play for?" predicament and a very "blah" schedule from mid-October on. Now, after a couple of flirtations with Power 5 conferences that failed to end in invites, BYU has schedule stability and a conference with better bowl tie-ins. And I am pumped.
To celebrate the day, I'm posting my self-created eBay blaster that I received about two weeks ago. I've made COMC blasters before, but never eBay. I was searching for a Dax Milne auto and came across a seller who had a deal that was something like "buy 20, get 40% off," so I started looking through his singles. The cards I picked out cost me $24 shipped, about the same as a $20 plus tax blaster. 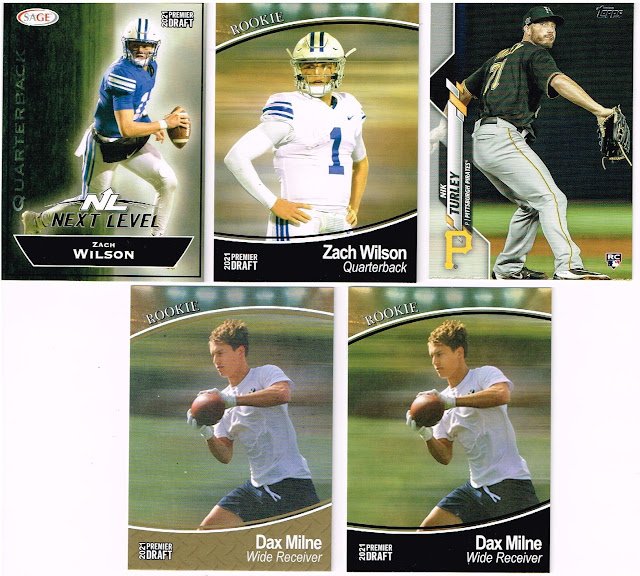 It's BYU's big day, so let's show off some new BYU pick-ups. Congrats to Dax Milne, who was the second-to-last pick in the 2021 NFL Draft and ended up making the roster for the Washington Football Team. He's a great story: he went from walk-on to 7th round draft pick to NFL roster spot. 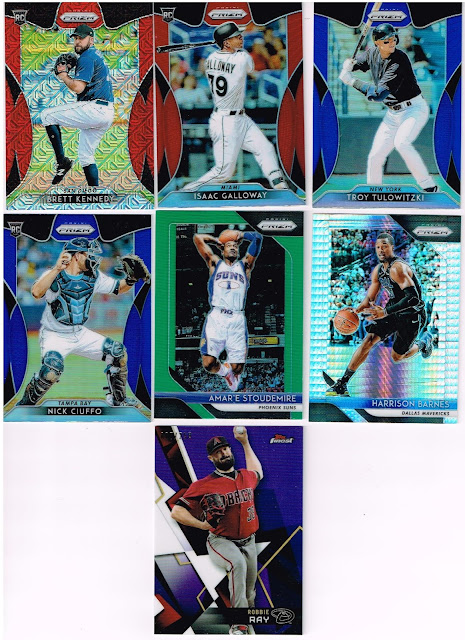 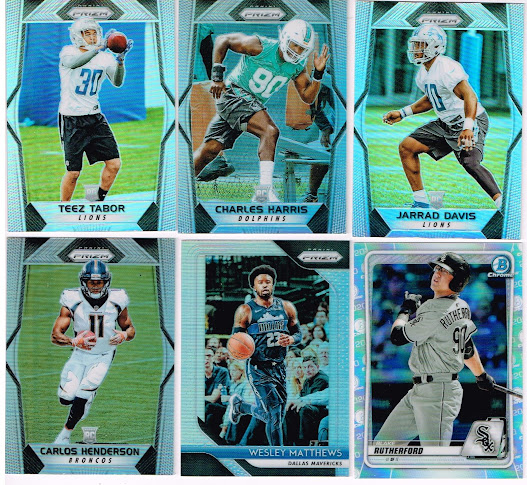 A good chunk of my blaster went toward my refractor frankenset. Brett Kennedy and Robbie Ray are serial-numbered to boot. 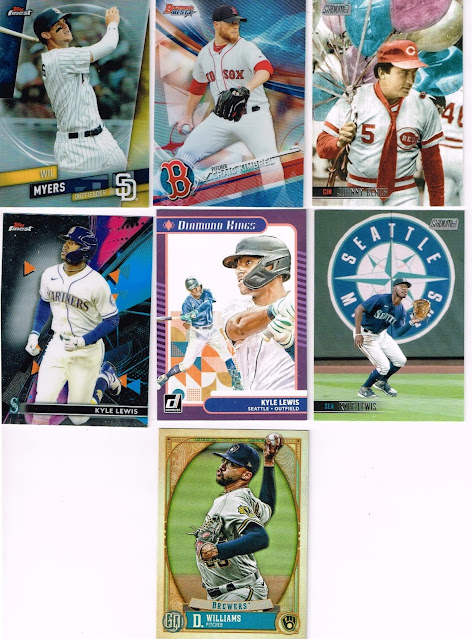 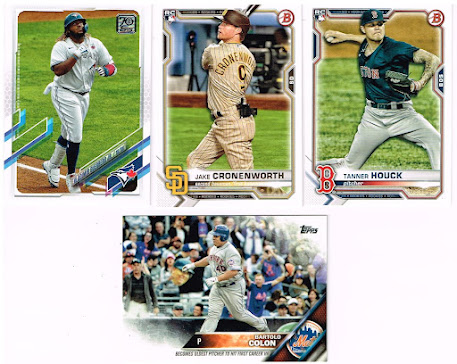 I also took advantage to add to my most recent PC addition, All-Star Game MVP Vlad, Jr. Cronenworth, Houck, and Colon were just cards that I thought would be worth owning, even if they didn't have a specific place in my collection. 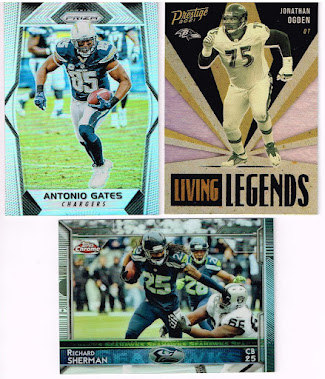 I picked up some shiny NFL All-Decade performers. 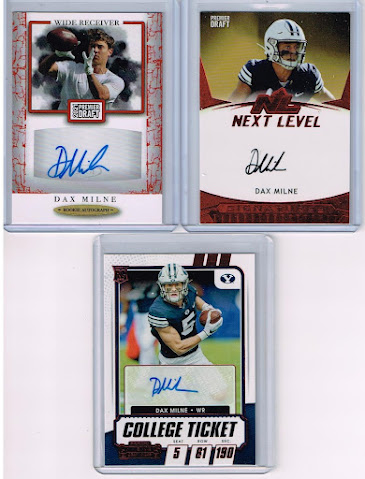 And oh, yes, I did find a Dax Milne auto.

I haven't seen any blasters in a store for a while, but I have seen them being sold on eBay for more than $30 apiece. Some of those blasters have 20 cards in them. If I could see a blaster that contained 34 cards, 18 guaranteed refractors, and three autos, I would jump on it. And if I was guaranteed to have all 34 cards be keepers in my collection? That's a no-brainer. I think I did pretty well for myself with my faux blaster.

Go Cougs! If we can beat Utah tomorrow and end the streak, this may shape up to be one of the greatest weekends of my fandom.