No Clever Title. Just a Bunch of Trades.

After Christmas, but before I went back to school, I spent some of my break creating a whole bunch of trade proposals on TCDB. As a result, I've already completed eight trades through TCDB in 2022. For the past couple of years, I've made sure that every single trade I made through the database included at least one card for a set I was chasing. So far, I've dropped that requirement for myself, but I've found that TCDB is the best way for me to complete sets, so I try to make those wants the focal point whenever I can. It seems like all of my trades this month have hit a few different collections wants. This is pretty much just going to be a "Look what I got" post.
The first trade of the New Year came from jlcre2003. 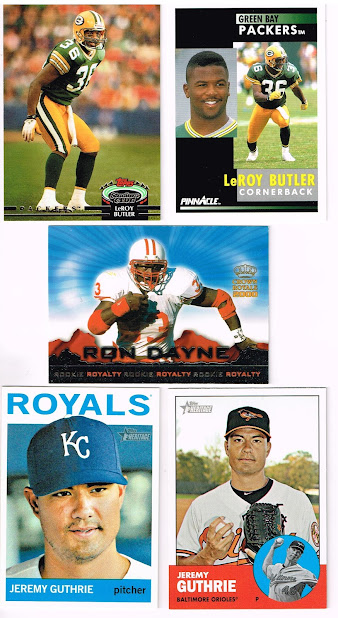 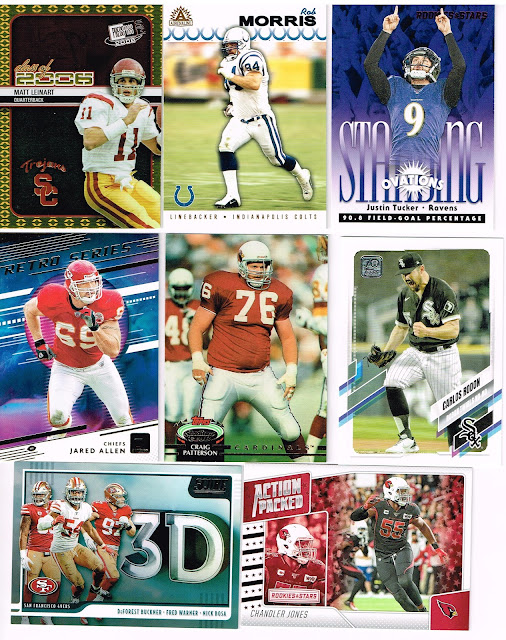 Carlos Rodon is the last no-hitter commemorating checklist from Update that I needed to complete that subset. 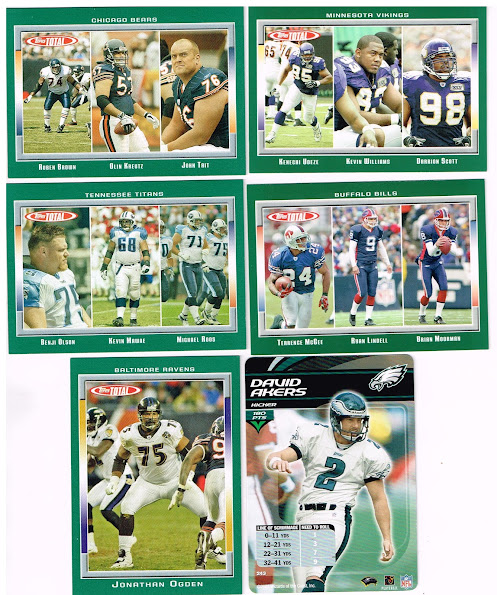 These are all players from the All-2000s NFL team. Linemen and specialists are hard to come by on cardboard these days. Topps Total has helped me with guys like Olin Kreutz, Kevin Williams, Kevin Mawae, and Brian Moorman.

Some baseball wants, including BYU and ROY players. 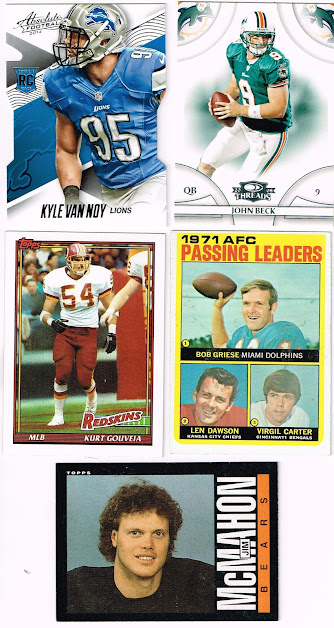 Some football BYU guys. Love the hair on Jimmy McMahon, there.

And a couple of college uni Heisman winners with my favorite Packer PC.

DukeyDevil and I completed a good-sized trade. 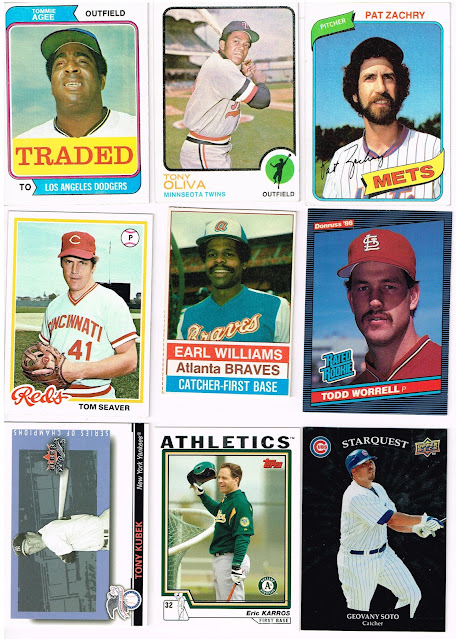 This scan is all the Rookie of the Year cards I got from him. Tommie Agee with the Dodgers and Eric Karros with the A's help me on my quest to obtain a card from each team ROYs played with. 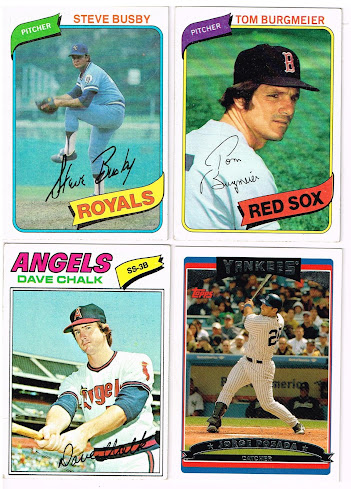 All-Star collection needs. Besides Posada, did anyone remember that these players were once All-Stars (even multiple times)? 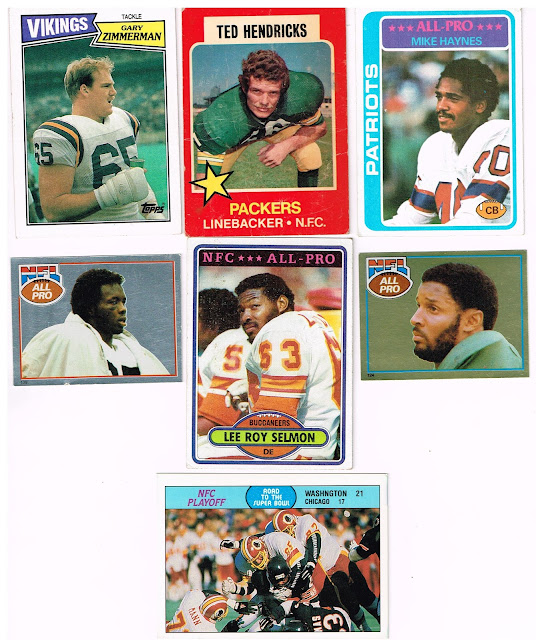 All 1980s. The bottom Fleer Action card shows Dave Butz in the center. He doesn't even have a full page (18 cards) of individual cards made of him, so I have to find these team cards that feature him. 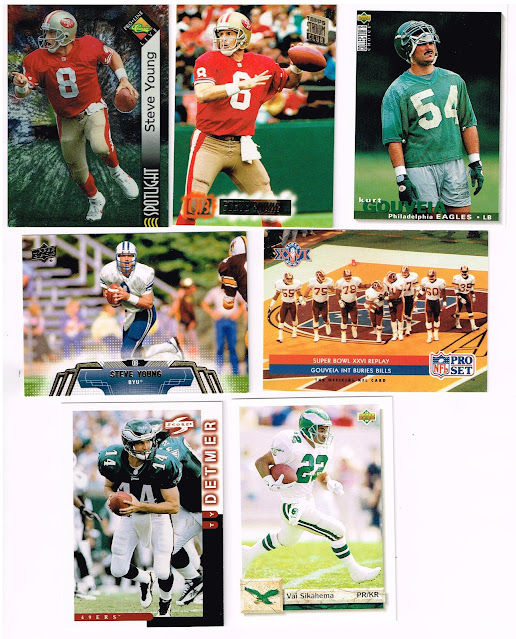 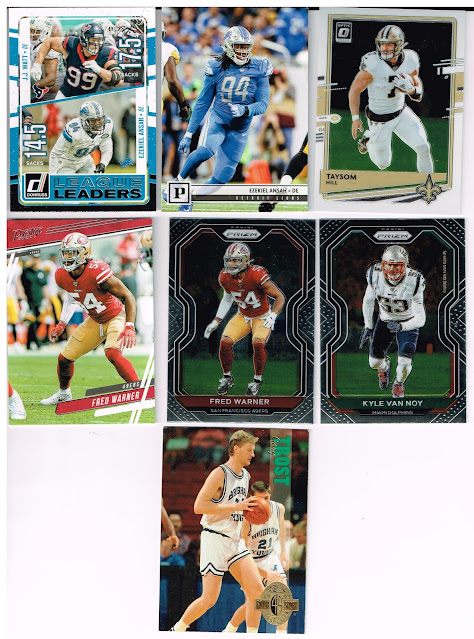 A good selection of BYU alumni. 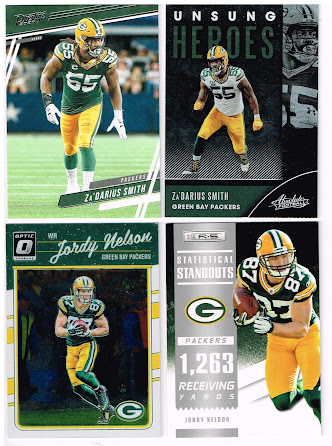 And finally some Packers from DukeyDevil.

SFCTemple also traded with me. 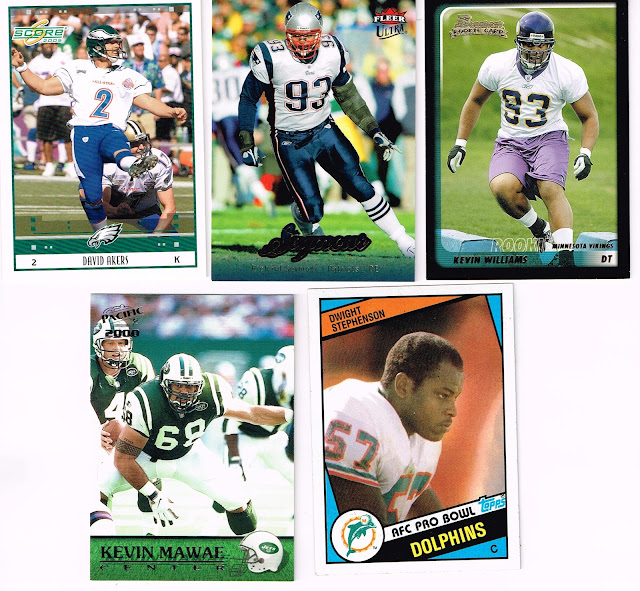 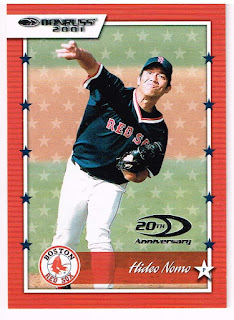 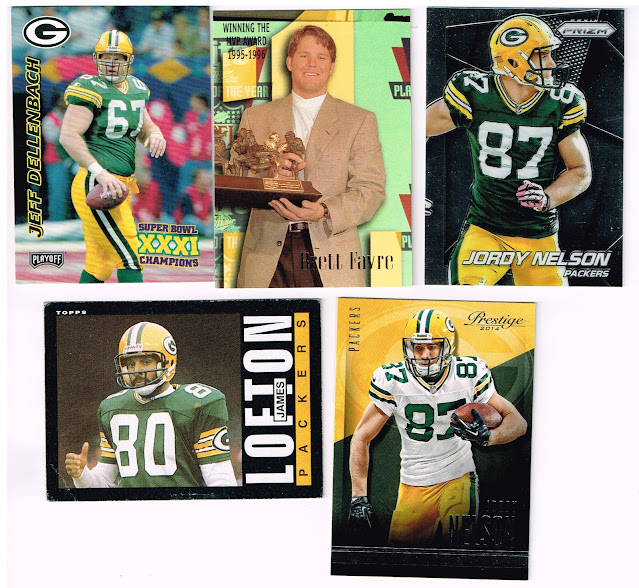 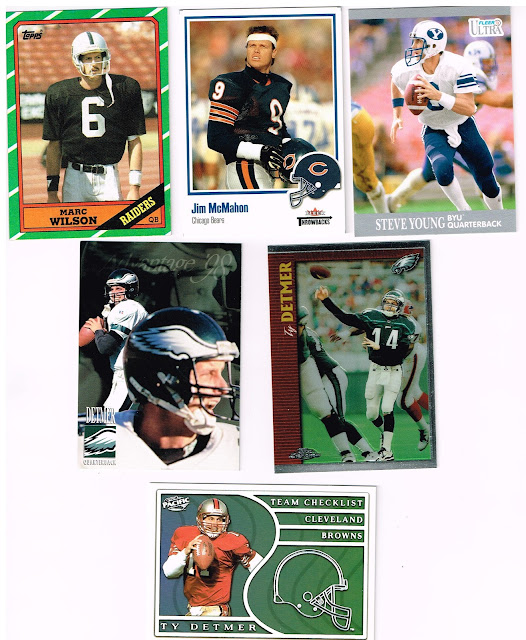 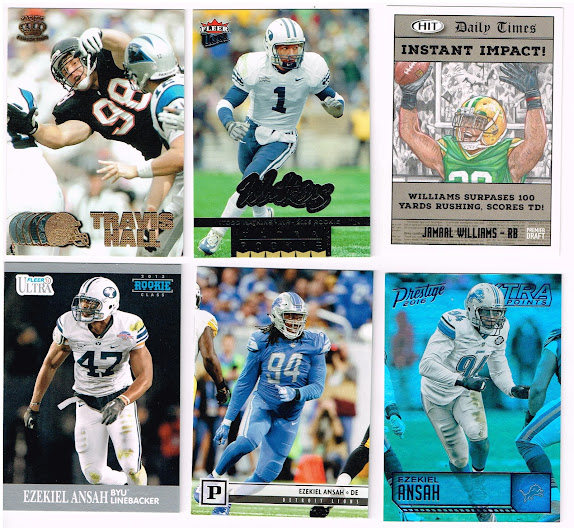 You can see a good mix of cards from him. Next up is a trade with Trinitydawg22. 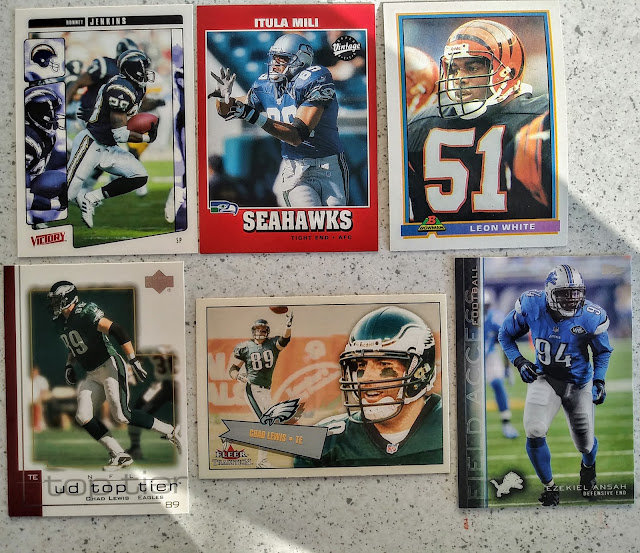 Some BYU players from Trinitydawg22. It's interesting to me to see Chad Lewis and Itula Mili together. They both played tight end on the same team and Lewis had trouble breaking into the starting lineup until 1997, after Mili graduated the year before. Yet Lewis turned out to have the better NFL career. But we can agree that the Cougs were strong at the tight end position in that era. 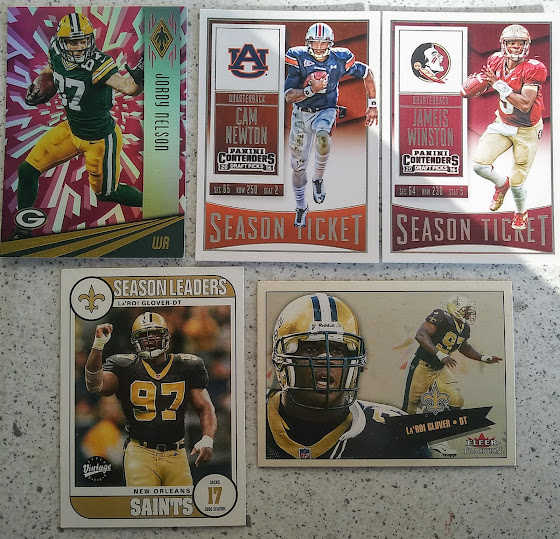 Another Jordy Nelson base card I didn't have and a couple of college-clad Heisman winners to go along with a defensive lineman who is always welcome. 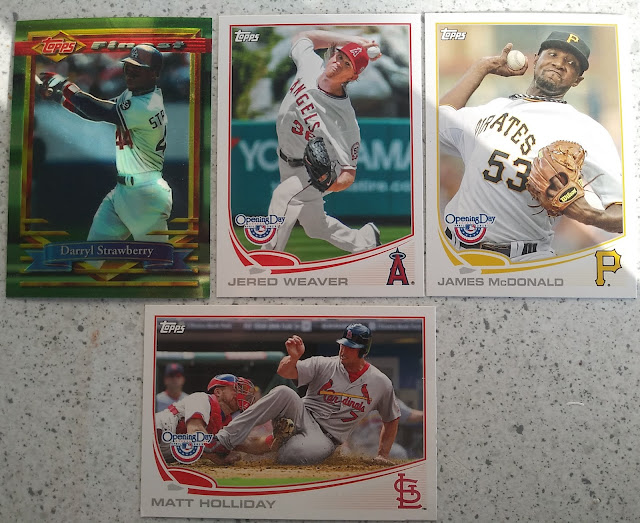 And some cards that actually help me with set builds!

All of the above traders I have traded with before. There are also a couple of TCDB users that I traded with for the first time this month: Bob Warnell and CH34. These were both smaller trades. 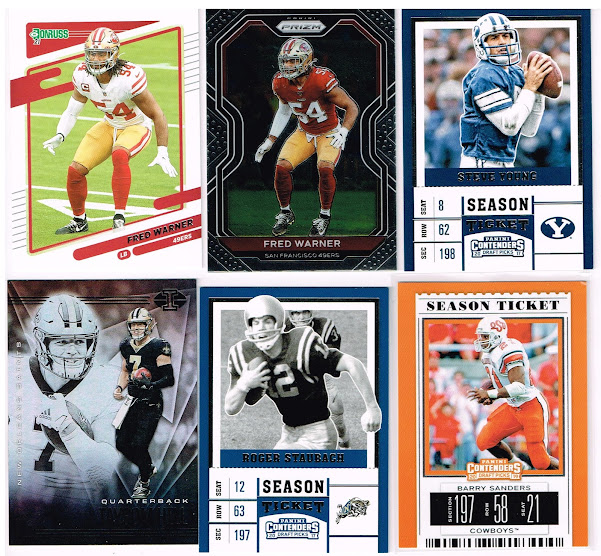 Some of you may have noticed that the Contenders Staubach and Prizm Fred Warner appear twice in this post. If you did notice, congratulations! You obviously pay more attention to the detail than I do. The danger of working on so many trades at a time is that some cards may be involved in more than one transaction. So if you would like to provide a home for a duplicate Roger the Dodger or Fred Warner, let me know . . .

One last item of note: I've made an unofficial goal to conserve the space in my card room by sending out more cards in trade than I get in return. Plus, it doesn't hurt to offer a few more cards than I ask for if I want to get trade proposals accepted. The net return for these first few trades of 2022 is -38. It's not much, but some space in the trader boxes was created, and that's a good thing.

And before I forget: I picked the Packers to beat the Titans in the Super Bowl. If that happens I win some cards from Cynical Buddha at the Collector's Crack blog. You can enter his contest, too, by clicking here. You need to enter before NFL playoff games start tomorrow, though (4 pm EST). So hurry over and check out his contest!