I had no idea that I ordered that much from Sportlots. When I was tracking my most recent Sportlots box order, I noticed that this was the ninth one since 2019, for an average of three boxes per year from 2019-2021. I also noticed that the total amount spent was typically within $5 every time and that there were certain months I ordered. I guess I'm more of a creature of habit than I realized. I've since started work on another box, but let's take a look at what was surprisingly the ninth time I ordered using Sportlots' box method. 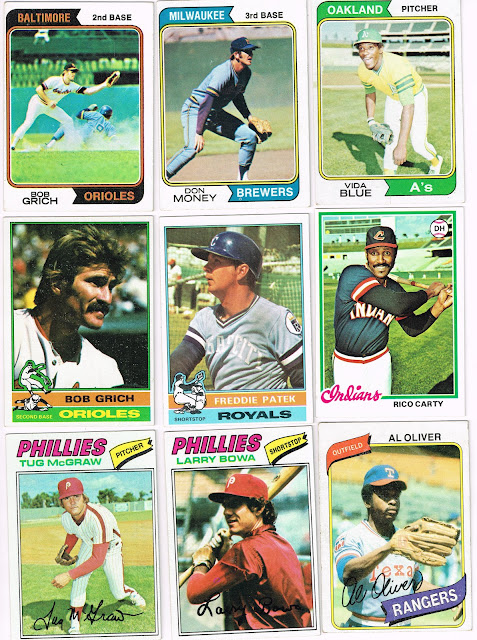 I know most blog readers will be most interested in this scan, so we'll start there. I picked up a few vintage cards for my All-Star project and Frankenset. As of right now, I have at least one card of 1089 players who received All-Star honors in their careers. There have been 1909 All-Stars since the game debuted in 1933. My favorite card here is the dusty 1974 Bobby Grich, followed by Freddie Patek in front of the netting. 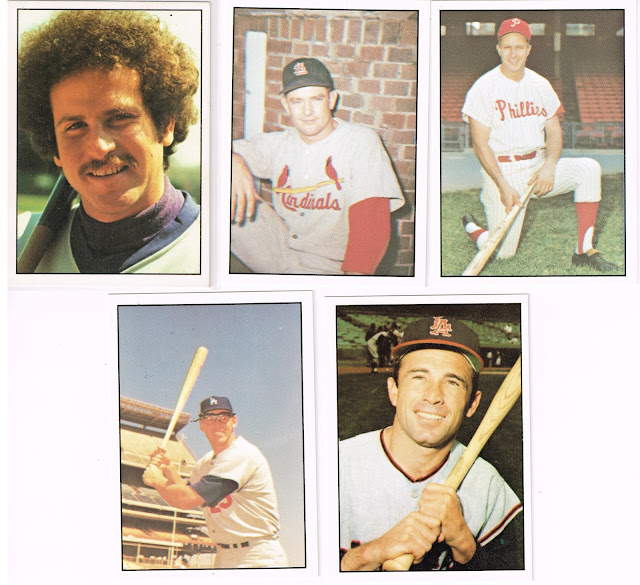 Maybe I lied. Maybe what everybody's favorite would be these TCMA cards of All-Stars and Rookies of the Year. Clockwise from the top left: Steve Stone, Larry Jackson, Roy Sievers, Albie Pearson, and Frank Howard.

A trio of 1968 Topps Game Cards will close out the vintage baseball portion of this order. These are all cool cards and in pretty good condition, too. 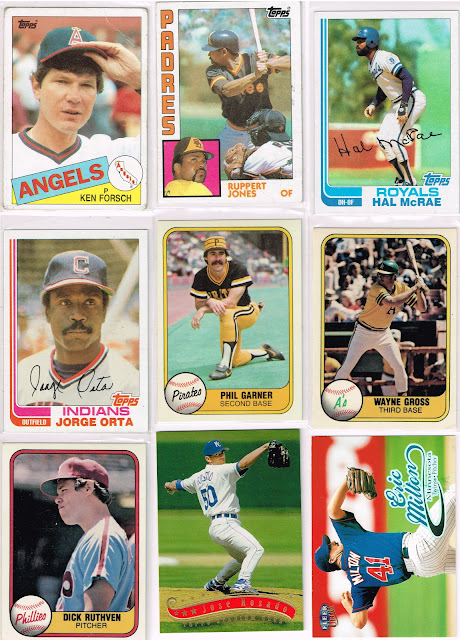 Some more various player names to add to my All-Star project.

Most of the time, when I go to Sportlots, it's to find some cards to help toward a set build. I'm now down to just two more cards to finish this 100 Years of Wrigley Field set from 2016 Topps. 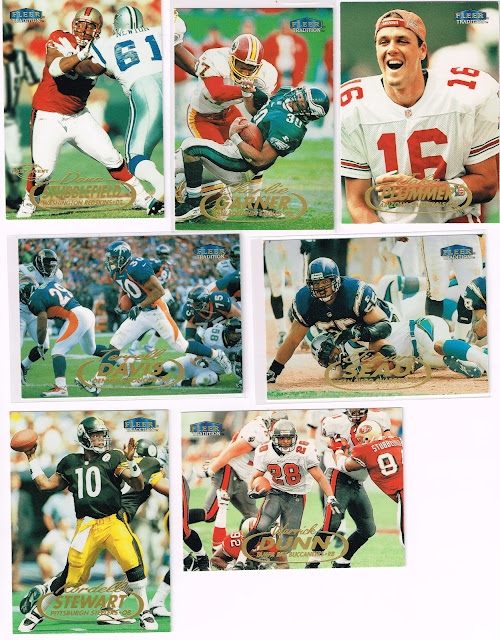 Switching from the diamond to the gridiron, I'm also down to just seven with my 1998 Fleer Tradition set. Despite a loaded rookie class, my final cards aren't rookies. Peyton Manning, Randy Moss, and Charles Woodson are in-hand. Just seven commons left to track down. 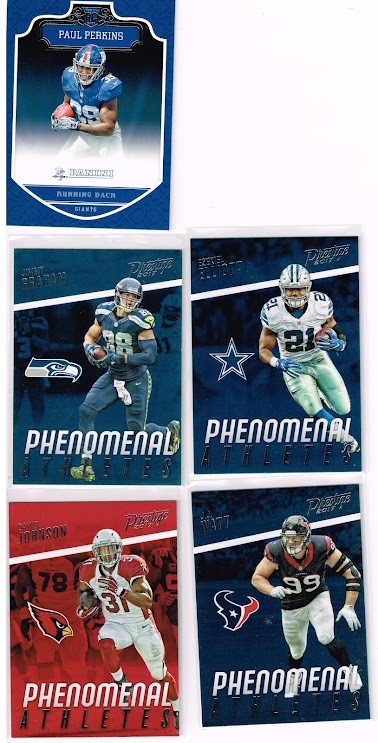 The lone Paul Perkins at the top finishes my 2016 Panini set build--one that took way too long to complete. The bottom four bring me to 32/42 of 2017 Prestige Phenomenal Athletes. This set is surprisingly hard to complete for some reason I don't understand. Some of the cards in the set are selling for far more than they should and there are a couple I've yet to see for sale. I'm struggling too much to knock off an insert set that fell about 1 in 3 or 4 packs. 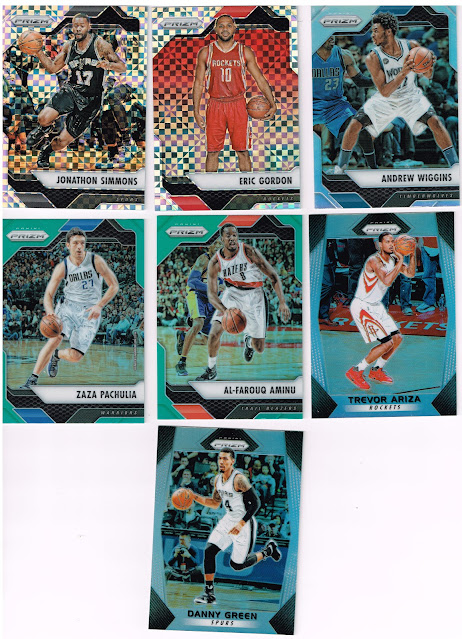 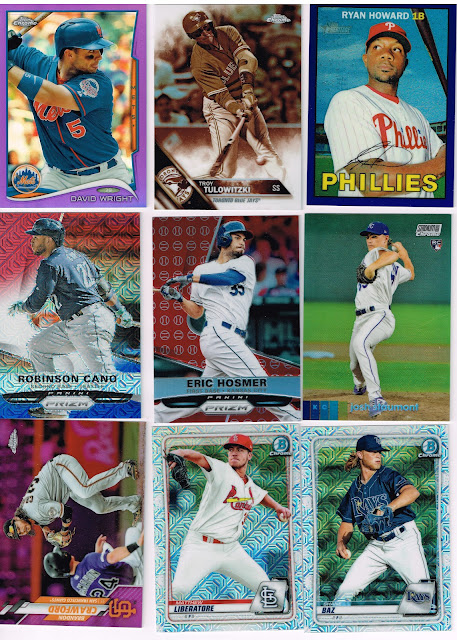 In a move that is kind of a set build, I spent some time on Sportlots looking for shiny cards to go in my Refractor Frankenset. This has been a ton of fun to build and I'm getting close to completing it. It will be a fun blogging series to go through the Refractor Frankenset page by page. 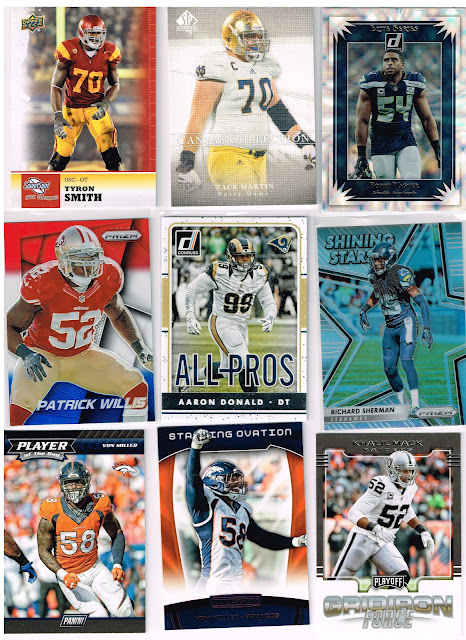 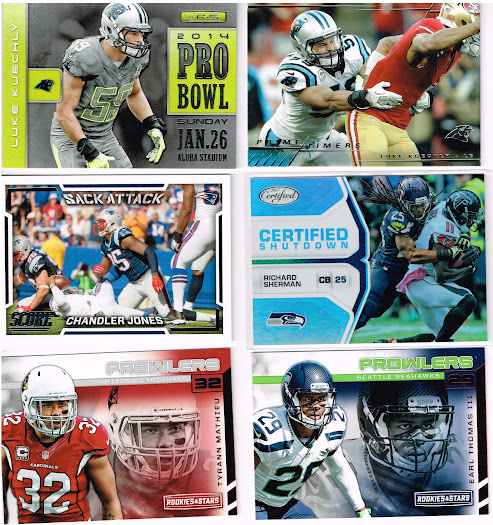 When the NFL announced its 2010s All-Decade Team, I didn't know what to do at first. I've been collecting players from previous All-Decade Teams, but it was more for nostalgic reasons. Being older than almost everybody on the latest decade squad, the appeal to add all of them to my PC wasn't there. I settled on creating a page for each player like I have been with the other teams but only using rookie cards and non-base in the binder. It hasn't been too much of a project, though, considering all I had to do for many of these guys was to raid my trade boxes. There are still some blank spots that need to be filled, though. All of these cards go in that binder.

We'll wrap up my 9th Sportlots box with a trio of cards from my favorite teams, both pro and college. Sportlots box #10 is already being filled.

Email ThisBlogThis!Share to TwitterShare to FacebookShare to Pinterest
Labels: Sportlots