Attention deficit collection disorder. It's a serious, yet often undiagnosed condition that afflicts dozens of card collectors each year. I'm here to shed some light on the topic today. My hope is to raise awareness and show just how ADCD affects the life and hobby of a collector, as well as show people they are not alone.
Imagine a collection that looks organized at first glance. There is a certain theme to the collection and a focus for the collector. But a closer examination reveals not one focus, not two, or even three but ten collections within the collection. Not only that, but projects abound, sitting in various stages of completion. When new cards come in, the number of binders and boxes that must be taken off shelves and opened to put them away is staggering. Moreover, as if there weren't enough themes and side projects going on, the collector is constantly thinking of new directions to take the collection. Who won MVP of their conference in college? I should document that in cards. Who shares a birthday with my mother? I should seek out those players. Who once ate at McDonald's and kicked a game-winning field goal in the same month? That would be a cool collection to have. So it is for a collector with ADCD. No, they don't necessarily hoard any random card to come their way. There is a reason for all the cards they obtain. But their collecting attention is being pulled toward so many projects that none of them move rapidly toward completion.
My most recent COMC order is a prime example of too many collecting themes happening. I noticed this when I was sitting at the desk in my card room. I would take down a binder or a box, put two cards in it, stand up, grab another box, put two cards in it, stand up--and it went on like this. I appreciated all the cards I got. I was happy to add them. But I couldn't help but notice that they were finding final resting places all over.

I picked up three new cards of the only player that I'm trying to get every  card made, Brad Sorensen. I pulled my SUU binder (90% Sorensen) off the shelf, put these three cards in, stood up, and pulled my BYU binder down. 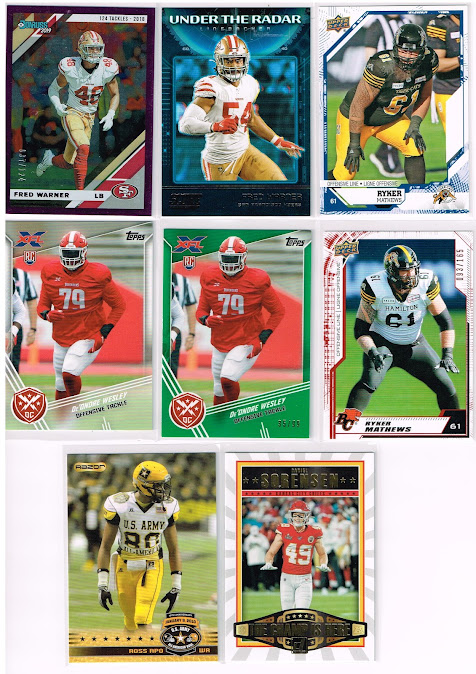 And, okay, I spent a little time in this binder.  This was a fun COMC order because I specifically searched for players who had spent time with a stretch Y on their helmets and had cards listed in the Trading Card Database, but I had never seen any. I found a pair of CFL cards of offensive lineman Ryker Mathews, a pair of XFL tackle De'Ondre Wesley (who I never expected to go pro, by the way. He drove me crazy with his penalties in college), and even a high school All-American card of receiver Ross Apo. Apo was a big-time recruit who never panned out for the Cougs. I also picked up some nice inserts of All-Pro linebacker Fred Warner and Brad's little brother, Daniel Sorensen. 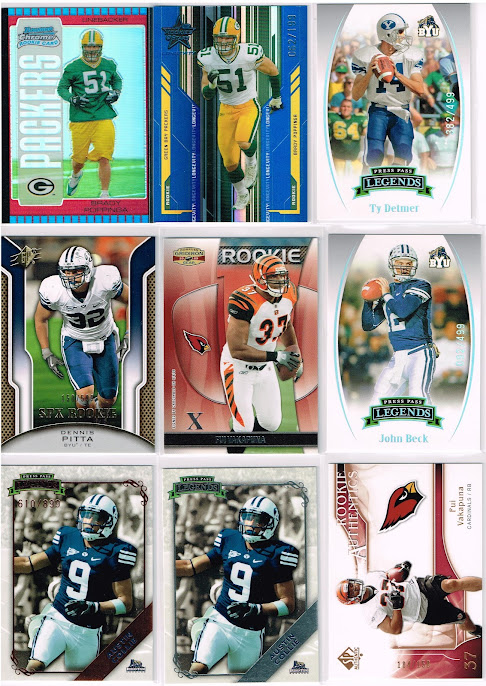 There were more BYU cards to go. All of these cards minus the Red Refractor Poppinga and the Press Pass Collie base are serial-numbered. 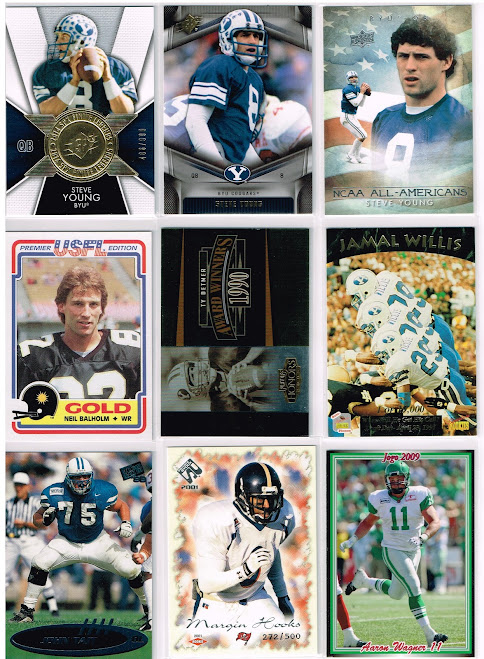 Steve Young in the top left, Ty Detmer in the middle, and Margin Hooks on the bottom are all serial-numbered, too. Here we see two more players that were utterly unrepresented in my collection before. Once again, they are coming from pro leagues outside the NFL. The USFL and CFL bring us receiver Neil Balholm and safety Aaron Wagner. 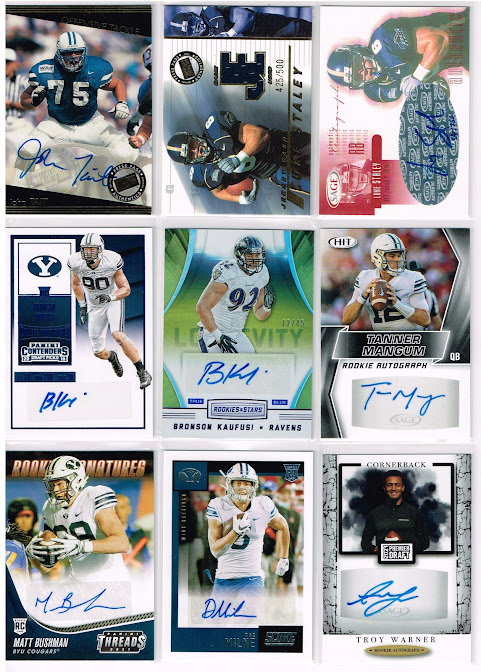 I found some fun BYU hits on COMC, too. Doak Walker winner Luke Staley had his school single-season rushing record broken by Tyler Allgeier this year, but I added an auto and a jersey relic still. This is my first auto of quarterback Tanner Mangum and DB Troy Warner. Troy is Fred's little brother. He signed as an undrafted free agent by the Rams, but didn't make the roster.

Of course, no 2021 BYU purchase would be complete without Zach Wilson. This is a trio of pink parallels from the 16(!) base cards of ZW in Chronicles Draft.
So I stayed for a while in the BYU binder. But then I pulled out another binder:

my Rookie of the Year binder. I was excited to add these three oddballs of Don Schwall, Jim Lefebvre, and Albie Pearson, respectively. 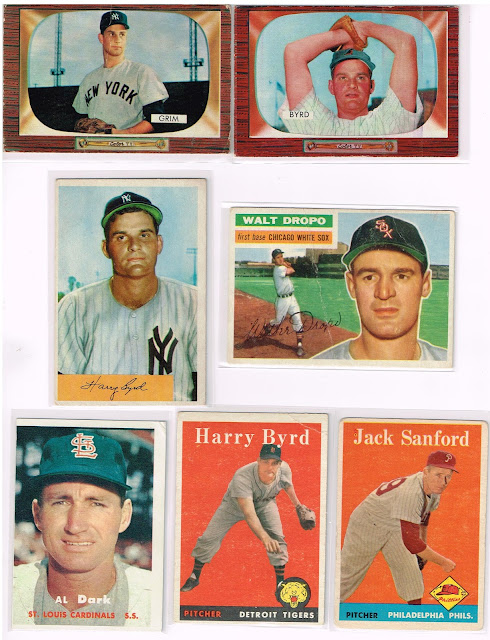 I spent a good portion of my COMC shopping trying to fill in my Rookie of the Year collection with some older cards of yesterday's rookies. 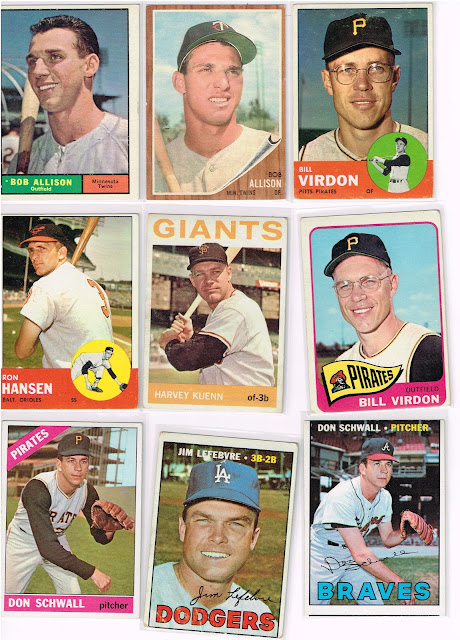 Some more. (I don't know how Lefebvre ended up so crooked on the scanner.) 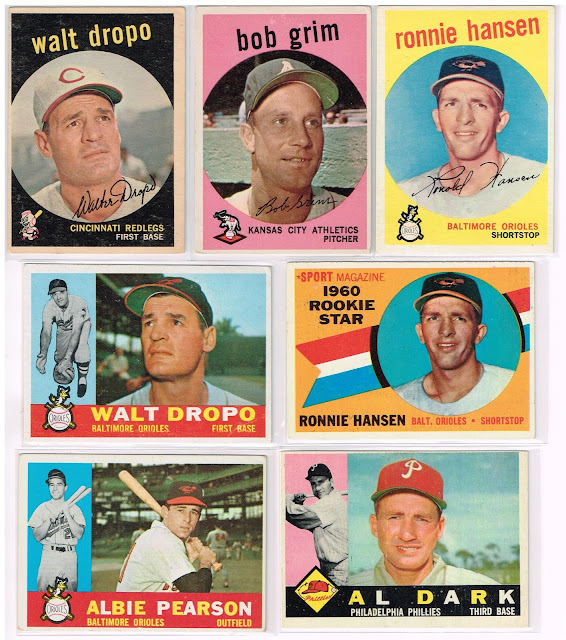 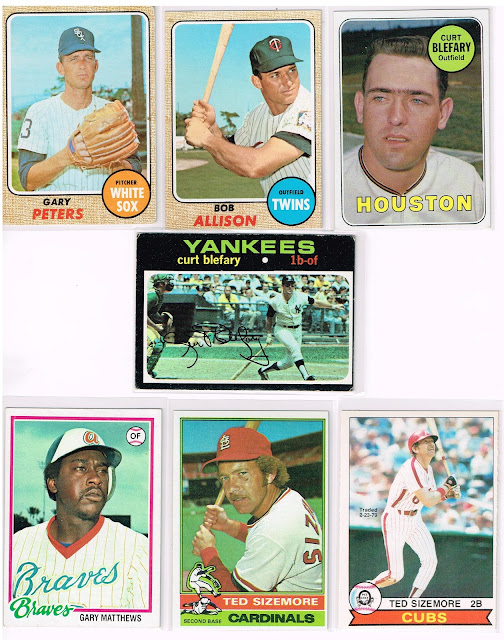 And these ones, too. This was a fun part of the purchase, for sure. But now it's on to the next part of my collection: set builds. 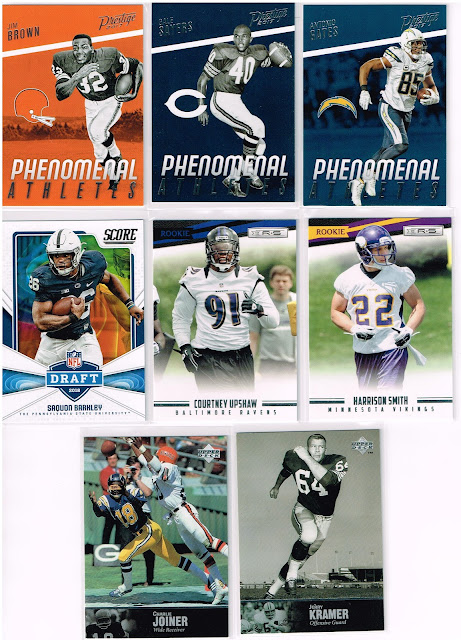 This Saquon Barkley already appeared on the blog in my completed set post. Courtney Upshaw and Harrison Smith take my wantlist to just 2 for 2012 Rookies and Stars: rookie cards of Alfred Morris and Bobby Wagner. And there is a fair amount of black and white in this scan. 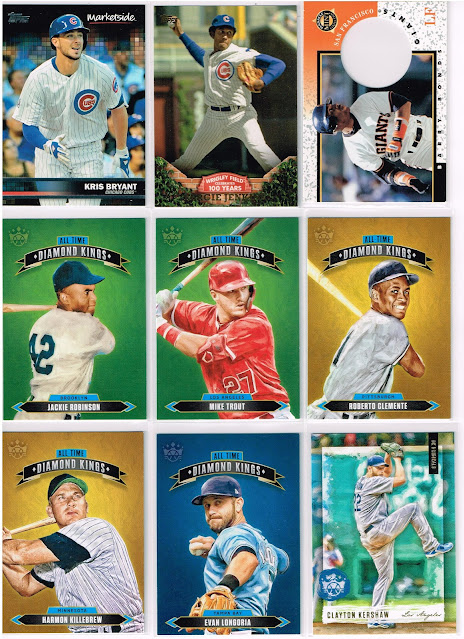 I knocked off some baseball set needs, too. This scan is similar to the football in that a) Clayton Kershaw already appeared on the blog for polishing off the set, and b) Kris Bryant and Fergie Jenkins take me to 2 remaining cards in their sets. 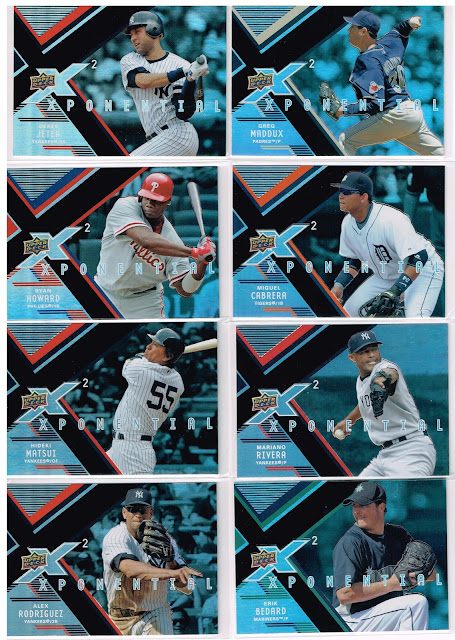 I thought these cards killed my 2008 Upper Deck X Xponential2 needs. That's what TCDB says. But when I put these in the binder pages, I found about 10 missing cards. I don't typically just add cards to my TCDB collection without owning them. So, did I ever even have them? If so, what did I do with them? Those page slots are still open.

So those are some major focal points of my collection. Of course, I have a few special projects that I can't leave alone, either. 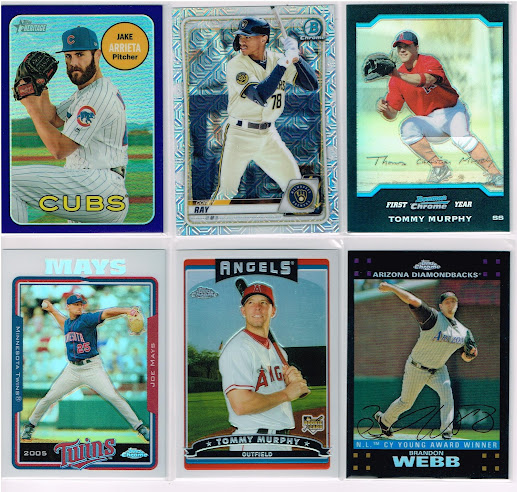 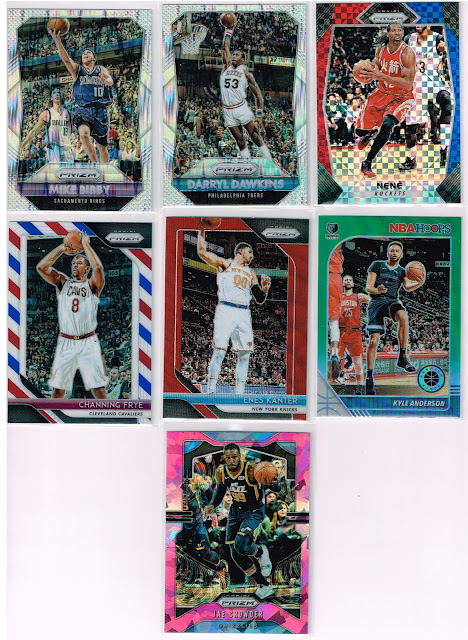 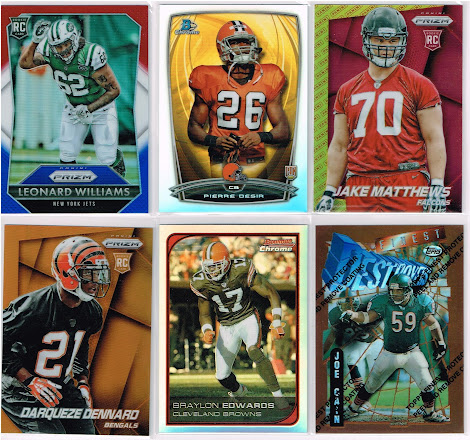 Like a refractor Frankenset. This one is almost done; just two more to go! Basketball cards make a rare appearance on Bump and Run cards here. These cards required another stand-up-and-get-a-different-binder move. 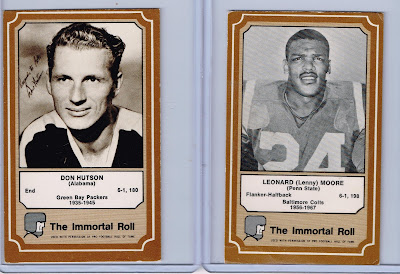 And then a different box for my NFL All-Time Team collection. I haven't put a ton of emphasis on that one yet, but these are a couple of nice pickups from 1975 Fleer Patches Immortal Roll.

And there are several other projects I didn't even touch in this order. My collection is super-organized (to me--don't ask me to explain it to somebody else), but there is so much going on that putting cards away after receiving, scanning, and cataloging them requires stretching. So many different projects! I haven't set hobby goals for the past couple of years, but maybe this year I will set a goal to focus on one project at a time, just for the sake of my sanity. And maybe if I focus on one at a time, I'll actually finish some off. But by then, I know I will have thought of more side hobby side projects.

Email ThisBlogThis!Share to TwitterShare to FacebookShare to Pinterest
Labels: COMC