Where Did My Cards Go?

No, I haven't lost my cards. I'm talking about the different locations where I sent my cards in the past year. I made far fewer trades this year than I did last year, but I still kept track of all the locations. This map doesn't show anything like eBay sales--just trades facilitated through blogs and the Trading Card Database. 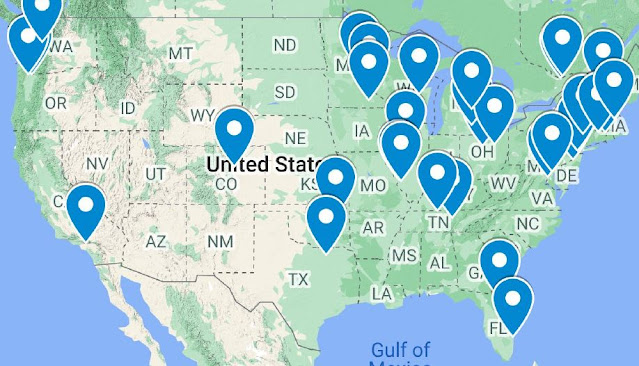 Every year, my trade map skews far to the east of me, but the eastern third of the country is far more saturated than the west this year.

To go along with the map, there are a few trades that I never posted on the blog. These came from various TCDB trades at different times throughout the year. 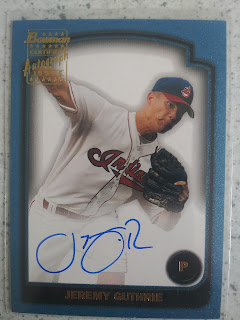 Next week these two teams will square off for the National Championship. 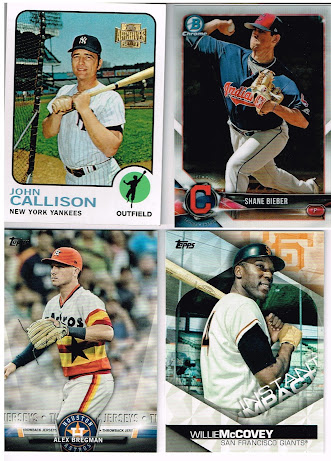 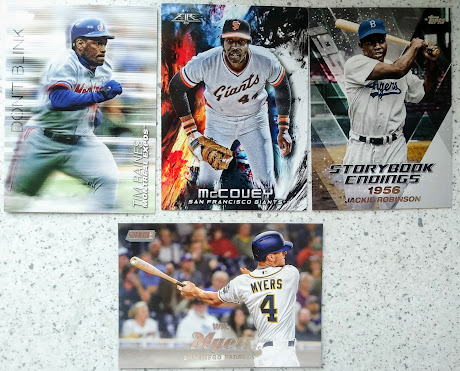 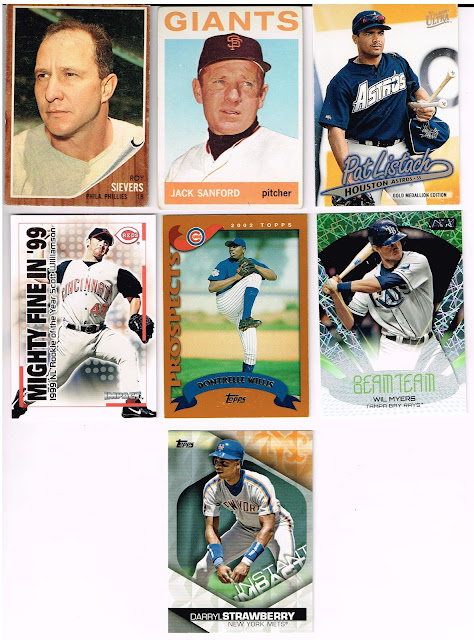 Some great cards of former All-Star Game MVPs and ROYs. Two of the players in the above four pictures managed both awards. Any ideas who? 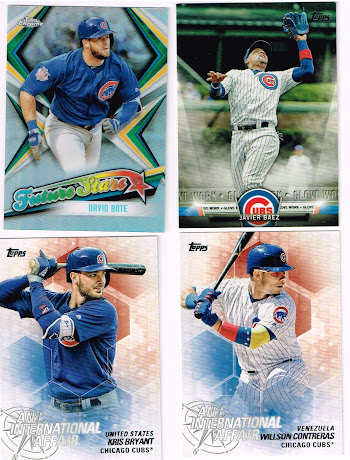 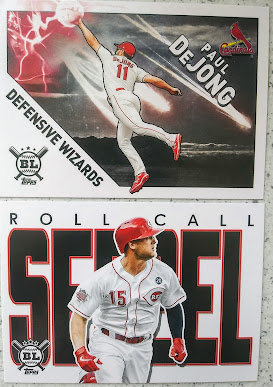 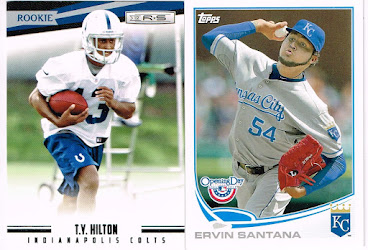 A few cards to help with set builds. 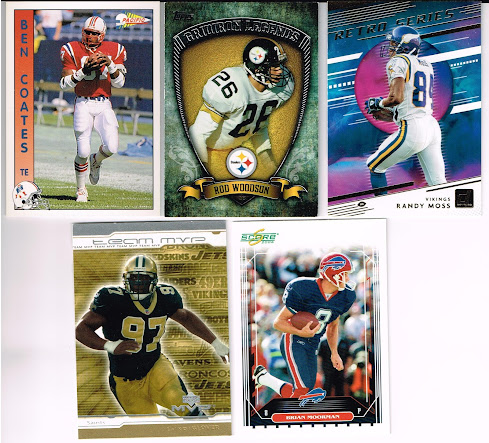 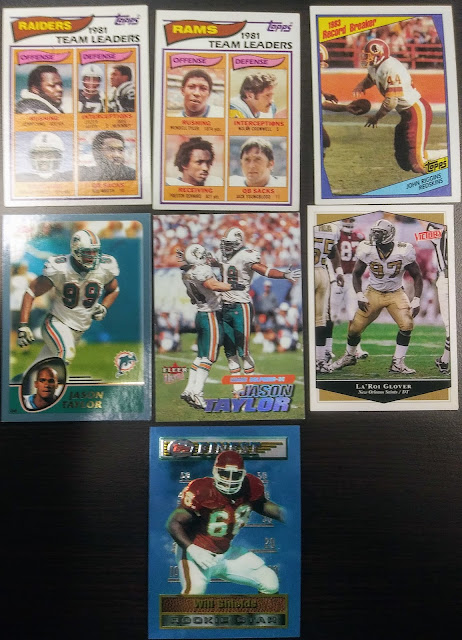 NFL All-Decade, from the 1980s to the 2000s. Plus Packers DB Tyrone Williams hanging out with secondary mate LeRoy Butler. 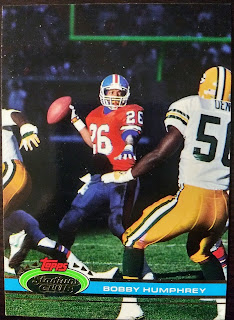 I love this photo of the halfback pass. This pass was incomplete, as Humphrey attempted two passes that season and completed neither one. This one came during Week 17 and the Broncos won to finish 5-11.

Maybe the Pack could have won that game if they had Jordy Nelson lined up opposite Sterling Sharpe and catching passes from Don Majkowski.

Some nice Heisman winners in college uniforms. Plus one more of those directly below. 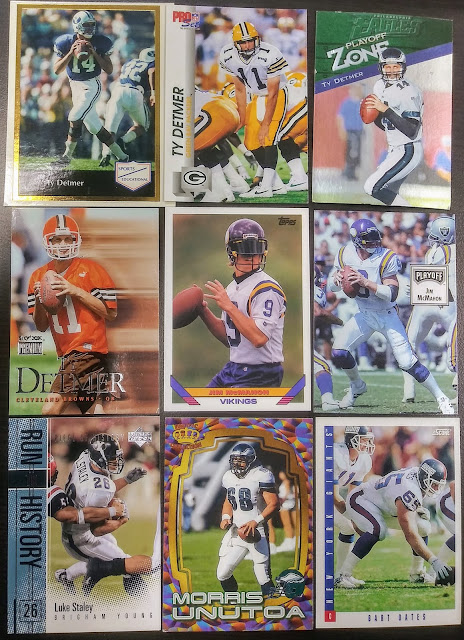 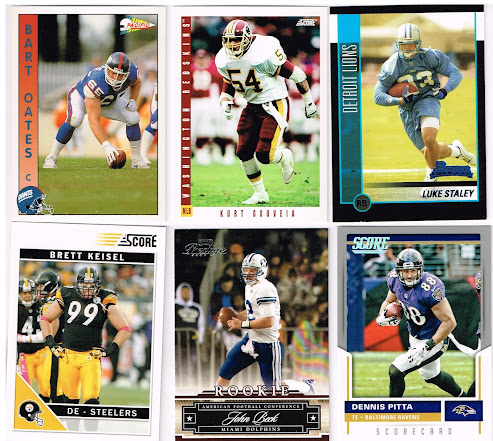 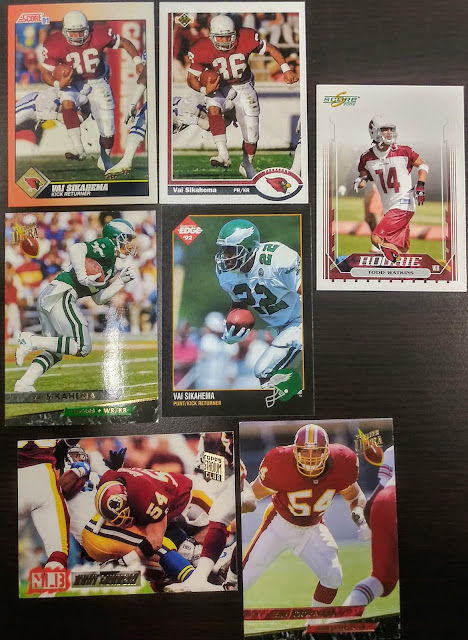 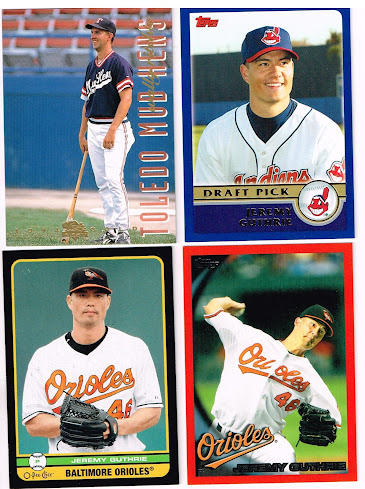 And we'll circle back around to BYU baseball and Jeremy Guthrie. I've come across some pretty great Wally Ritchie cards in the past little while.

Did you get the player in the cards above who was both Rookie of the Year and All-Star Game MVP in the Major Leagues? The answer: Willie McCovey and Jon Matlack.

I already have completed two trades in 2022 and have four more in the works, so maybe next year's map will be a little populated with trading spots.

Email ThisBlogThis!Share to TwitterShare to FacebookShare to Pinterest
Labels: Trade